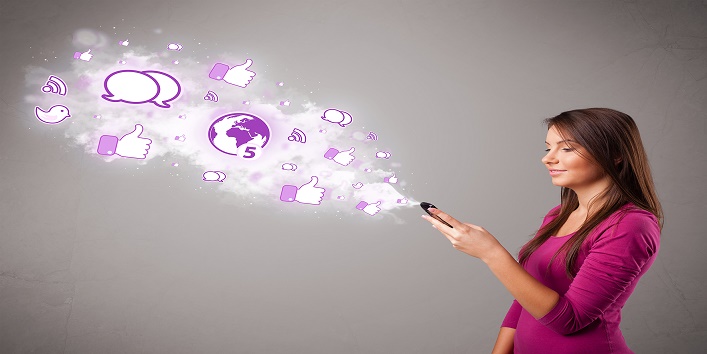 Are you on Facebook? Okay, what a stupid question is this. Almost every single person is there on Facebook if not Instagram. Facebook has become more of the personal identity proof for multitudes. Online platforms are used to connect with your friends and make new friends. But this primary utility of social media platforms has been long forgotten. People use these platforms to establish a fake persona of themselves. They are trying to be someone else. They post tons of things without even checking them once. Just so that you don’t make those mistakes online, here are some simple do’s and don’ts to keep in mind while posting on social media.

1. Don’t share everything on the internet
There’s a fine line between your personal life and social media life. Don’t blur them. Don’t portray your personal life completely on social media platforms. You don’t need to post a check in every time you’re having a gala time with your friends. Don’t show off how dazzling happening your life is. Cause in real, nobody gives a damn! 2. Be Yourself, Don’t Pretend to Be Someone Else.
If you’re average, then be it. There’s nothing so un-cool in being an average person. The person writing this blog is just as average. Be honest about yourself. 3. Don’t Try to Be That Wise Owl on Internet
If you know something that doesn’t mean you have to show it off on social media. Dispense your knowledge only when asked otherwise, you’ll end up being a crackpot on the internet. 4. Don’t Bring Your Dignity Down for an Argument
It has become so common these days to see people using foul language in case of arguments. Now here you need to act like a mature. In the case of an argument, put your point in a decent and humble tone. If you feel that the argument is not going anywhere, then politely step back from it. No argument is worth your time. 5. Implement Your Real-Life Manners on Social Media as Well
Return the greeting as warmly as they were given. Return the kind gestures thrown upon you over the internet. Social media is meant for being social, not being grumpy. 6. Just Remember That Anything You Post On Social Media Can Be Used Against You.
Don’t put up a picture of yourself which you might regret later. Imagine yourself in a scenario that you got your job and then… your employer accidentally sees a picture of you with blue hair or singing in the bathtub. Terrible, isn’t it? Also Read: 7 Reasons Why We Need To Keep Our Chats Hidden From Friends

7. Make Sure That Your Grammar and Spellings Are Right Before Posting
It never feels right when a grammar Nazi comments on your post correcting your grammar. Then the context of the whole post gets lost in the grammatical errors of yours. People will not take you seriously if you don’t take your grammar seriously. Choose whichever language you want, but be very particular about grammar. 8. Move Over Those Forwarded Messages
‘Click on share within 5 seconds or bad luck will befall’. The internet has moved over this post. You should move on as well. Don’t fall into this belief that your life isn’t going on track because you didn’t forward that message on Facebook to 150 people. Say no to forwarded messages, please!

9. Mind Your Tone While on Social Media
Yes, your tone does matter even on social media. You are not visually present in front of the person you’re talking to. So, when you’re posting something for the person, make sure that you’re not sounding rude. 10. Put a Control on Baby Images
Okay, so you had a baby recently or you just had niece or nephew. That’s good. But for the sake of holy god, don’t flood your profile with millions of baby pictures. You love your kid, but don’t impose that love on others. Post anything if it’s worth posting.