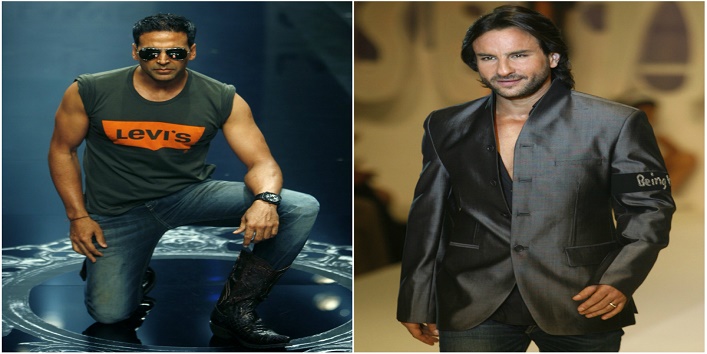 Whenever we talk about Bollywood, the first thing that comes to our mind is the hot & stunning stars of the cinema. And how their age has never been a hurdle in their successful career.

In this article, you will read about such Bollywood actors, who have become hotter with their growing age. The secret for their forever glory is their fitness and healthy diet that they follow undeniably.

While piled up with busy shoot schedules or enjoying vacays with family, they never skip their fitness regimes. And that’s why they have aged perfectly like fine wine. They have simply proved, that age is simply a number after all!

Also read: These 9 Celeb BFFs Have Given Us the Ultimate #FriendshipGoal

Let’s take a look at these 10 actors who has set their glory in B-town with their stunning looks, apart from their acting skills. Daddy of the year, and the hottest man we know, Anil Kapoor has surely made his way through his hairy chest. Mr. India is giving major men complex to all the actors in industry till date. This man has upgraded the level of aging itself. I mean, have you gone through his latest photos, if not, then Ii am sure you must be laying under a rock by now! Thanks to Balaji Telefilms, who rediscovered Ronit Roy for us, after his first commercial hit. Tell me about aging like a boss, and I will say no one better than Ronit could have done it. His undeniably stunning acting skills never fail to stun us.

For God’s Sake, tell me who looks that hot and fit at 51? This man has raised the bar for every Indian Girl’s Prince Charming. From Made In India to Iron Man, he is still running sexy. If there was an award for perfect aging, then he would have been a clear announced winner! The ultimate Khiladi, the king of action, and a handsome hunk. Tell me that your heart too skips a beat every time we see or talk about him *Sighs* 30 years on, and the man is still hotter than he used to be, successfully jumping off 60 feet tall buildings, and landing perfectly on both feet. Charming as ever, Rahul Khanna hasn’t done that many movies, but he holds a place in our hearts. Truth be told, he is getting better and better with his age, and his killer smile! Everything about Kabir Bedi screams hotness. From his beard to his personality and his amazing acting skills, no matter what his age is, he never fails to impress women from his goodness. The Royal Highness, the charming actor and the heartthrob of Indian cinema, Saif Ali Khan set his place in every girl’s heart when he first danced on Ole Ole. His image on- & off-screen has proved that he has gracefully lived up to his ‘Nawab’-iness tag.

His dedication and great skills have proved that Aamir can transform into anything to play his character sincerely, right from the beginning. We have loved him from the moment we laid eyes on him in Yaadon Ki Baarat, and with Dangal he has shown that nothing has changed yet.

From his inconsistent growth in Bollywood, Jimmy has come a long way in his career to be successful. From doing the dorky roles in Maachis, to playing a dominating character of Raja Awasthi in Tanu Weds Manu, he has [roved his true talent every single time.

Wow! Isn’t it getting steamy. Way to go guys, keep getting younger and we promise to never let our eyes off you *wink*