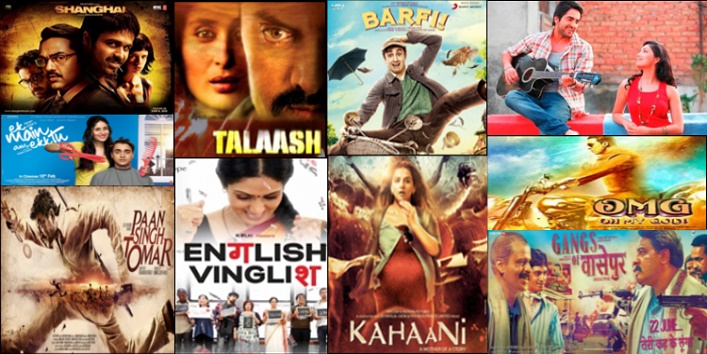 Bollywood- although it is a mere industry that produces a number of Hindi films every year, but for every Indian, Bollywood is something more than that. Every Friday, people can be seen flocked up outside a cinema hall as a new movie has hit the silver screen. Such is the magic of Bollywood. The magic of Hindi films is able enough to make us laugh and cry at the very same time.

Also Read: 6 Things That Prove Akshay Kumar and Twinkle Khanna Are The Power Couple of Bollywood!

So, are you a Bollywood Freak? And you think that you know everything about Bollywood? Then let me correct you, because you’re wrong! So, let’s steal a moment out of our busy schedule and read some fun facts about Bollywood!
Lights! Camera! Action! 1. Do you know that the longest running film in the world is from Bollywood? And it is none other than Dilwale Dulhaniya Le Jayenge! It has been 1000 weeks and the movie is still running! 2. Kaho Na Pyaar Hai won the most number of awards a movie has ever won in the world (92 for a single movie)! Guinness World Record toh banta hai!! 3. Anurag Basu decided to cast Katrina Kaif in place of Ileana D’Cruz in Barfi. But due to some unknown reasons, Katrina rejected the role! 4. Our Indian song Ae Maalik Tere Bandhe Hum sung by none other than Lata Mangeshkar is the national anthem of Pakistan! 5. Akshay Kumar aka Hari Om Bhatia is very superstitious. He writes ‘Om’ on every page before writing anything on them. 6. Anil Kapoor lived in Raj Kapoor’s garage with his family when he was left with no money!

7. Amitabh Bachchan is so punctual that sometimes he used to open the locks of the studio even before the guards and watchmen! 8. Tom Cruise was considered for the role of Raj Malhotra in place of Shahrukh Khan in Dilwale Dulhaniya Le Jayenge!

9. The longest movie in the world is LOC: Kargil which is 4 hours and 25 minutes long.