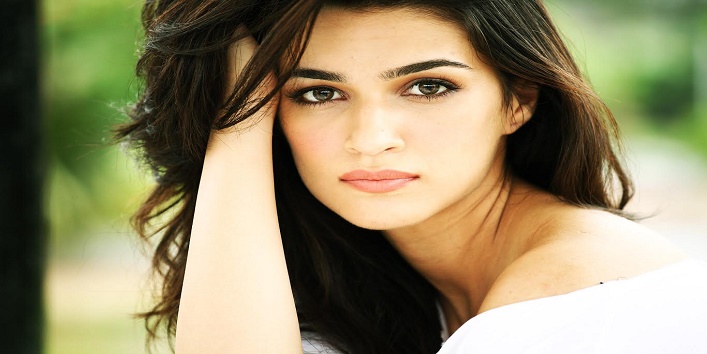 10 Bollywood Hotties Who Look Fab Even Without Makeup!

We all have seen our favourite B-Town Divas on screen with full makeup on. No doubt they give us some serious fashion and makeup goals. But do you know how our Hotties look without any makeup on their skin? Just fabulous as they are! So have a look at these 10 Bollywood actresses who look beautiful even without makeup. We are looking forward to see them doing the movie without makeup. 1. Nimrat Kaur
We all lost our heart to this dusky diva when we first saw her in Kumar Sanu’s music video, Tera Mera Pyaar. She again took us by surprise with her spectacular performance in much critically acclaimed movie, The Lunchbox. Here’s how she looks without makeup. 2. Rani Mukherjee
If you’ve watched Mardaani, you must be knowing how the queen of hearts, Rani Mukherjee looks without makeup. Recently, she became the mother of a baby girl, Adira. 3. Preity Zinta
She made up to the headlines for her secret wedding affair with her long-time beau Gene Goodenough. She isn’t into movies these days. But her no makeup photographs are enough to make you fall again with the dimply beauty. 4. Kareena Kapoor
She is naturally blessed with a naturally glowing skin. Why on the earth would she need makeup to look beautiful? Recently she broke the news of her pregnancy. No wonder why she was having a divine glow on her face since past few days. 5. Anushka Sharma
While she’s busy making headlines for her Caribbean date with her alleged beau Virat Kohli, let’s have a look how the leggy lass looks without makeup. Her fans loved her minimalistic avatar in her recent movie Sultan. She’s said to be doing Imtiaz Ali’s next with Shahrukh Khan. Also Read: These 5 Punjabi Actresses Are Hotter than the Bollywood Actresses!

6. Alia Bhatt
The bubbly young actress is believed to have naturally clear and glowing skin. She has been posting many no makeup selfies on her Instagram account. Her fashion sense is followed by many young girls around. Recently she made a buzz when she indulged in some PDA with her beau Siddharth Malhotra. 7. Sonam Kapoor
She’s known for her quirky sense of fashion and her laid-back attitude. She was snapped many times without makeup at Mumbai Airport. You can also go through her insta account for many without makeup selfies. 8. Yami Gautam
Her name is on everyone’s lips because of her alleged affair with the Fukrey actor Pulkit Samrat. But if you check her social media accounts, you will wonder why one earth this girl would even need makeup to look good. Her naturally glowing skin makes her look even prettier without guards. 9. Deepika Padukone
The leggy lass isn’t ready to step the down the trend radar since past few years. Many more headlines still to go. The young girls are fond of her fashion sense and her flawless skin. The dusky diva looks good in almost everything she wears. 10. Shraddha Kapoor
In most of her movies, she’s seen without makeup. And the best part is, she looks the best when she isn’t trying to look good. A recent buzz has revealed that the Aashiqui 2 actress is to be seen in the sequel of the blockbuster Dhadkan.