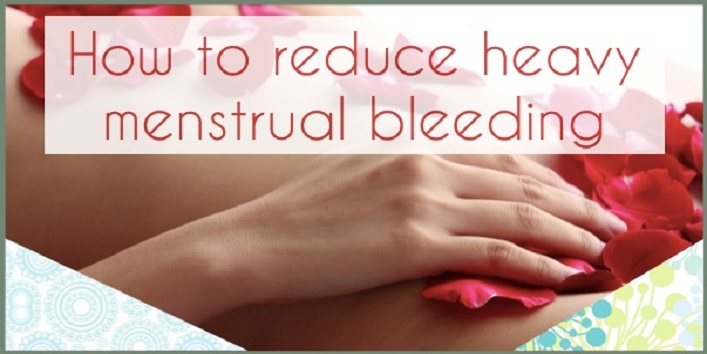 In the case of severe bleeding, women might bleed for 7-8 days. Here are some home remedies to ease heavy bleeding during menstruation. However, if the problem continues, you should seek your gynaecologist immediately.

Also Read: 9 Common Factors Which May Disturb Your Periods

1. Ginger
Prepare an infusion by boiling ginger in water for some minutes. You can add some sugar to sweeten the infusion. Have this infusion thrice daily after meals for quick results. 2. Cinnamon
Prepare a tea by boiling a cinnamon stick in some boiling water. You can also add 3 drops of tincture of cinnamon bark. Drink it twice a day during periods. Also Read: 10 Home Remedies to Get Your Periods on Time Every Month

3. Mustard Seeds
Take some mustard seeds and grind it in a grinder to make powder. Take 2 gms of this powder with milk two times daily 2-3 days before onset of your periods.

4. Banana Flower
Cook a banana flower and take it with some curd. This increases progesterone and controls heavy bleeding. Also Read: 5 Best Exercises For Women During Their Periods

5. Omega-3
Consume animal products, fish oil capsules, flaxseeds, etc. These foods are rich in omega-3 and they are known to reduce bleeding during periods. 6. Bamboo Leaf
You can use the bamboo leaf for curing heavy menstrual bleeding. Make a decoction made up of bamboo leaf and consume it twice a day. Also Read: How Safe Is It To Have Sex During Periods?

7. Magnesium-Rich Food
Deficiency of magnesium is one of the reasons why women bleed heavily during periods. Eat foods rich in magnesium to curb heavy menstrual bleeding. Foods like sesame seeds, oats, cocoa, pumpkin, squash, etc. are rich in magnesium. 8. Iron-Rich Food
Consume a diet rich in iron. Include lots of potatoes, clams, molasses, beetroot, apples, etc. in your diet to treat the iron deficiency in your body. Also Read: How To Take Care Of Hair During Periods

9. Coriander Seeds
Coriander seeds is a renowned remedy to treat heavy menstrual bleeding. It will ease out your uterine functions and balance your hormones. Add some coriander seeds in 2 cups of water. Boil it till half of it is left. Strain the water and add some honey. Drink the infusion while it is still hot. Drink it twice or thrice a day during your periods. 10. Eat Vitamin B Rich Food
Eat lots of green beans to supplement your body with vitamin B. It will cause the conversion of excess oestrogen in the liver. Choose breads that are made up of grains rich in iron, vitamin B, fibre and some protein.