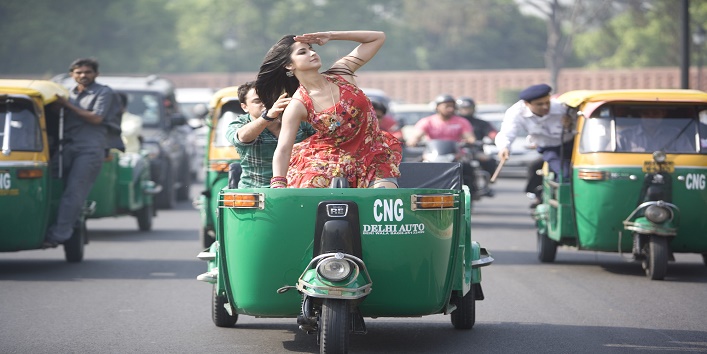 10 places to hangout in Delhi Without Spending Money

Some believe, that money is needed to enjoy a city. But there are so many fun things to do without spending a penny. You can jog in those amazing parks or just sit and gaze at the azure sky. This is the thing about all the great cities around the world. And Delhi is perhaps a part of it. After all, it is the national capital of the world’s greatest democracy! So here’s my list of fun things you can do in and around Delhi without having much in your wallet. 1. Enjoy The Green Landscape at The Lodhi Gardens
The jogging track along the periphery will itself call you to make some move. The 90-acre park has a lot more to offer if you look closely. The trees, flowers, foliage and the absolutely dust-free air is all you desire on a lazy weekend. The tombs of the rulers of Lodi Dynasty reminds you of the prodigious past of our country. 2. Revisit the Gandhian Era at Raj Ghat
Every dignitary who comes to visit Delhi can’t pass off this place without paying an homage to the father of the nation. I don’t find a single reason why people like us can’t have a good time here. You can visit the memorials of Pandit Nehru, Indira Gandhi and Rajiv Gandhi as well. 3. The Fish-Eye View at Jama Masjid
It was built by the Mughal Emperor Shah Jahan between 1644 and 1656. It is next to an another Mughal marvel, the Red Fort. You don’t need to empty your pocket to enter the mosque. You can climb any one of the minarets, which will cost you a small amount, to get a picturesque view of the Old Delhi. Just cease the moment, and feel high! 4. Take a Short Walk at Chandni Chowk
Stroll through the bustling market of Chandni Chowk which epitomizes the glory of Old Delhi. Have the best street food at shoestring prices and explore through the traditional jewellery and garment stores. Window shopping doesn’t kill you, or is it? 5. Seek Some Peace at Akshardham
This temple is built on a grand scale with jaw-dropping architecture. A visual treat to eyes without fees. There are no fees if you want to just enter the premises. However, if you want to watch the shows and perform the puja, there would be some cost levied. 6. Some Photography at Hauz Khas Fort
You can start your itinerary with the Deer Park, a wide expanse of greenery which is frequented by Deer. You can take a walk through the Hauz Khas Village until you reach the ultimate destination, the Tank, after which the place is named. The fort is dated back to the 13th century during the Khilji period. 7. Breathe the Fresh Air at Baha’I Temple
Also known as Lotus temple, asserted to its shape which resembles the national flower of our country. People belonging to all religious groups are allowed to visit and worship here. There is no single sound of the musical instrument there. 8. Explore the History of Sikh Faith
You can start your journey with Sis Ganj Sahib in Old Delhi, which is a historical Sikh Temple. It is the same place, where the ninth Guru of Sikhs Guru Tegh Bahadur was brutally beheaded in 1675 as per the orders of Cruel Mughal Emperor Aurangzeb. You can also pay a visit to Gurudwara Bangla Sahib at Connaught Place. 9. Make a Rendezvous with History at Teen Murti Bhavan
This is the place where Pandit Nehru used to reside as the prime minister of India. The private quarters of the place have been preserved where he used to live. You can visit the book-lined study where he used to spend his me-time. The single bed is still there where he breathed his last. 10. Hang Out at Khan Market
It becomes mandatory to visit Khan Market if you come to Delhi. This place has been set up by the refugees who came to India after partition. You can find all sorts of restaurants, cafes, designer boutiques and food stalls to enjoy your outing.