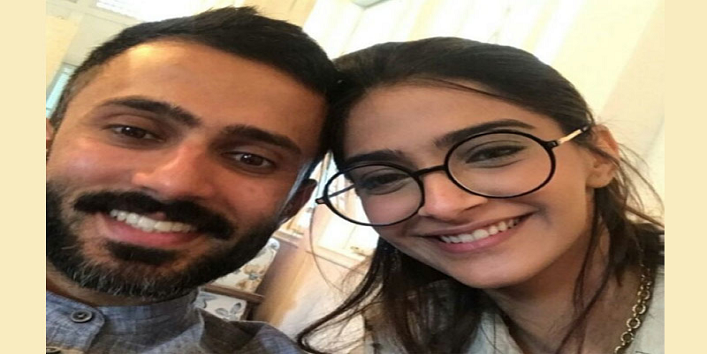 By now, most you know that Sonam Kapoor is getting married on 8th May with Anand Ahuja. And I’m pretty sure that most you must have checked each and every detail about the much-coveted marriage of the year. But, do you really know everything about the man who stole Sonam’s heart. Well, I’m sure that most of you just know Anand Ahuja as a rich guy but, there is lot more about him than just his money. So, here are things you didn’t know about Anand Ahuja.

1. He belongs to Delhi and is the grandson of Harish Ahuja who is the owner of India’s biggest garment export house named as Shahi Exports.

2. The client list of their export house includes famous brands including Tommy Hilfiger, GAP, and others.

"How can two brands collaborate on something neither would do … something that would push both of us to be uncomfortable. To say, oh this brand doesn't do that .. and then to do THAT." -"Virgil" on the idea behind #NikeTEN

3. It is found that the annual turnover of this export house amounts to whopping 3000 crores.

4. Anand completed his schooling at the American Embassy School. After that, he completed his post-graduation from the University of Pennsylvania.

5. During the initial days of his career, he worked as an intern in Deutsche Bank and Mary’s Inc. Store. And has also worked with Amazon.com in the USA to get proper knowledge of the retail business.

6. Most of you won’t know this but he is the founder and owner of a fashion label named as Bhane.

It was all a dream. ? #bhanelove

7. He also the proud owner of India’s first multi-brand sneaker store named Veg Non Veg which is situated in New Delhi. The annual turnover of this company is also insane, which is around 3000 crores.

8. Besides being an amazing businessman, Anand also has an infinite love for shoes, basketball, and bikes. And for this reason, he was also featured in the GQ India ‘Sneakerheads of Instagram’ in the year 2017.

9. Just like Sonam, he also has an amazing taste in fashion and is also a good friend of Pernia Qureshi, who is the fashion stylist of Sonam Kapoor.

I see myself all around me ?… a lot of people make a bouquet ?.:: or something … what she said [email protected] ! ??✨⚡️? #EverydayPhenomenal

10. His family owns a home in one of the upper-class localities, the Lutyens Bungalow Zone, Delhi. Harish Ahuja, his grandfather also bought a bungalow on the Prithviraj Road for whopping Rs 173 crore.

So, these were the few things you didn’t know about Anand Ahuja.