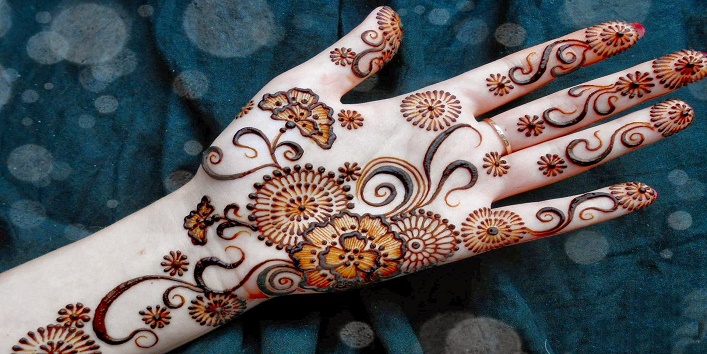 10 Tips to Get Darker Mehndi This Wedding Season

We love mehndi! And when it’s our bestie’s wedding, how can we go without mehndi? During winters, it is quite common to happen that the mehndi doesn’t get darker. After keeping the mehndi on our hands for hours, we deserve to get a mesmerizing nightly-dark mehndi. Isn’t it? So, to make sure that your mehndi comes out in best of its colours, we have listed some tips for you… 1. Before applying mehndi, wash your hands carefully and apply some ‘Mehndi ka Tel’. 2. After scraping off the mehndi, smear some mustard oil on your palms. You can also use tiger balm, Vicks or sesame oil. Vicks and balms provide heat to your palms; this makes the colour more intense. 3. Apply lemon juice and sugar paste on your mehndi to make the mehndi sticking on your palm. However, it doesn’t do anything to darken your mehndi. 5. Don’t wash your hands after scraping off the mehndi. Keep your hands off the water for at least a day. You will see that your mehndi will go from orange to dark brown. 6. Apply some limestone soaked in water on your mehndi. Your mehndi will change the colour almost immediately. But if you have already soaked your hands in water, this trick will not work. Also Read: Decorate Your Feet with These 4 Stunning Mehndi Designs

7. Check the henna quality before applying mehndi. Look for dark green natural mehndi for yourself. The ones loaded with chemicals will look black in colour. 8. Let the mehndi stay on your palms for some hours before scraping it off. 9. Wrap your arm in a woolen glove after scraping off your mehndi. Keep the glove on for overnight. Your mehndi will darken the next morning.