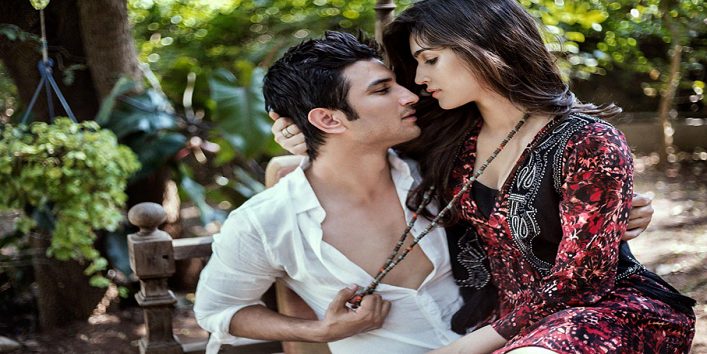 12 Things Boys Love About Girls Apart From Their Looks!

Looks are important, but they are definitely not everything. Yes, boys are attracted to a girls’ looks when they meet for the first time. But it is also true that the physical appearance becomes trivial as the time passes. There are certain other things about women, which are loved by men. Men are attracted physically to women because of their looks, but they fall for a woman when they find certain qualities in her. What these qualities are? Come let’s know.

1. Femininity: Don’t be ashamed to show the feminine side of yours. No masculine guy can resist the girly side of a woman. Displaying your feminine character is never the sign of weakness. You can be a girl and still be strong to take hold of any situation. 3. Expressive: A pretty face with no expression is just like a painting. Sooner or later people are going to get bored of you. Make eye contact with the guy when you talk to him. Smile a lot and make some modulations in your voice to sway him off his feet. 4. Self-Esteem: Love the way you are and never let anyone make you feel any lesser than you are. Self-respect play a big role in attracting a guy towards you. Focus on the good qualities you’re having. Never ever change who you are, even for the sake of that guy. 5. Intelligence: Men don’t like the girls who have lower IQs. If the guy is having some grey matter himself, he won’t be intimidated by a woman who’s having some brains. In fact, an intelligent guy would love to have intelligent conversation with a girl. . 6. Self-Reliance: Guys do like to protect the girl and help them whenever needed. But they never said that they like the damsels in distress. Don’t act like a girl who always need a man at her arms to help her. Make him feel wanted but don’t be too clingy at the same time. Be independent enough to handle the steering of your life. 7. Confidence: Your confidence shows what you think about yourself. If you’re confident enough to control your life, then any guy can fall for you. If you’re lacking the confidence, all you can be is a doormat for him. Don’t accept anything he says just because you want to impress him. 8. Your Attitude: Guys don’t like girls who have attitude problems. Don’t act snob. Kindness plays an important role in this game of attraction. Guys don’t fall for girls who are arrogant and opinionated. If everyone thinks you’re arrogant, then it’s time to reveal your kinder side. 9. Fragrance: Yes, surprisingly! Guys like the girls who smell great. Smell awesome when you’re around that guy. The fragrance of your perfume will make him fall weak on his knees. 10. Inner Beauty: A survey has revealed that boys are more emotionally attached to girls who are internally beautiful. The glow of beauty comes from within. Enhance your personality rather than just wasting time on your looks. It’s okay if your eyeliner is not done well, but it really do matter if you’re not good at heart. 11. Healthy Skin: Men are automatically attracted to the girls who have a glowy skin. Even if you don’t have a perfect figure, a boy will fall for you if you have a flawless skin. So pay attention to your skincare regimen instead of just makeup. 12. Ambition for Life: If you love your life and are ambitious about it, no guy can resist himself from falling for you. You should always be ready for an adventure. A guy will definitely like the girl who’s energetic and not a spoilsport. So if you want to hold a man’s attention beyond just physical attraction, you should keep these 12 perfect girls trait in your mind.