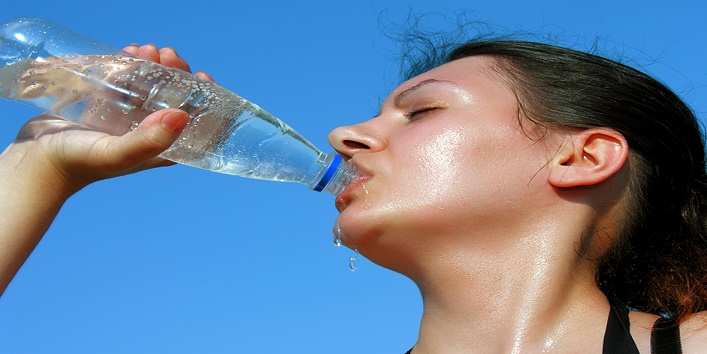 14 Most Effective Measures To Prevent Sunstroke In Summer

Last year over 3000 people died due to Sunstroke in India. Most of the deaths due to sunstroke were reported from Telangana. The people who died were either very old or small children. Just a month back in April 2016, 125 more people succumbed to the heat wave in Telangana and just two weeks back, another 150 deaths were reported due to sunstroke all over India.

Sun strokes can be prevented provided you have the knowledge about it. Follow the below-mentioned expert advice to prevent sun strokes. It will not only save your life but will also prevent the damage to your skin and hair.

1. Never leave your baby in a car parked under the sun Often it has been seen that when couples went for shopping in a mall, they park their car on the roadside directly under the sun. The irony is they are leaving their small kids in the car with the doors locked. The temperature inside the car shoots up many degrees most times to an unbearable level. To prevent sun stroke, health experts recommend strictly parents to disallow children from playing in the parking zone. They say it could prove fatal for the playing children.

2. Running car in a garage could create havoc The running car in the garage will emit carbon monoxide, already a poison, it will heat up the atmosphere and raise the mercury which will increase chances of sun stroke.

3. Keep the sun at bay from children
The strict advice of health experts for parents is to keep children out of the sun because perspiration will cause dehydration which can ultimately lead to their death. 5. The onion should be a part of your meal
Indians are habitual of consuming onions in one way or the other. It is a good sign for their health because onion is a natural heat pacifier. You should ensure to take at least some quantity of onion, mint and water with every meal you are consuming during the day.

8. Avoid alcohol, coffee and tea
Alcohol, tea and coffee have a tendency to disrupt heat controlling mechanism of our body. So try to avoid these when it is too hot outside.

10. Eat meals regularly
You cannot beat the heat with an empty stomach because its heat adjusting capacity decreases. So eat meals at regular intervals. Yoga is one more way of beating the heat. Yoga steps Asanas and sheetali pranayama improves blood circulation of the body.

13. How to identify the symptoms of a sun stroke Once you start feeling Nausea, vomiting, headaches, unconsciousness, rapid heartbeat, and low BP like conditions in hot weather, it can be the symptom of sun stroke.

14. First aid for a person who suffers a sun stroke Whenever you see someone falling down during hot weather, you should mean it that it could be a sun stroke. Loosen the clothes of this person, take out his/her socks and place him under a shade in the open air. Now pat his forehead and feet continuously with a wet cloth. Moist his body with water, especially lips, neck and face. Now arrange a vehicle for taking him to the hospital.