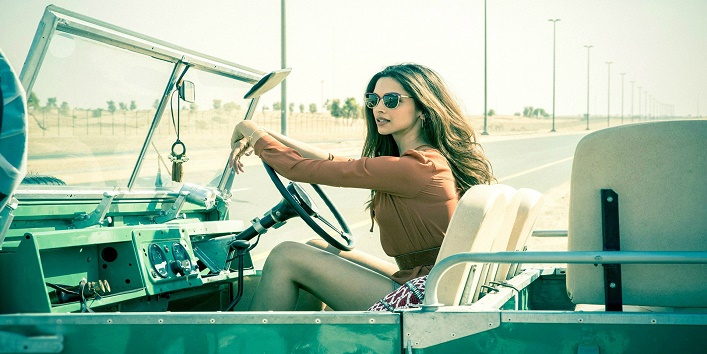 Deepika is the latest sensation in Bollywood, be it for trends or the blockbusters. There’s no single person who doesn’t admire Deepika secretly. It’s something more than the just outer beauty that makes this woman ultra-special not only on-screen but off-screen as well. She’s flamboyant yet contained. She surely sets the stage on fire when she comes up with her perfect dance moves and postures. Her ‘Veronica’ role in the movie ‘Cocktail’ was not all about fashion, but also about a hear-headed woman. In her award-winning movie, Piku, she sent out the message that even girls can take the responsibilities of her parents when the situation demands. When Deepika Padukone has stolen the hearts of many for good, let’s discuss why she should be the role model for the young girls today. 1. She is true to herself
She is not among those actresses who claim to be born actors. She blatantly admits that she used to hate acting when she made her debut. She even confessed about her mental health and her rendezvous with depression, despite the prevailing social stigma about the mental illness. So the young girls can take lessons what it is to be true to yourself, when the rest of the world isn’t. 2. She doesn’t take harassment of any kind lightly
This is what every young girl needs to learn. Remember when TOI tried playing foul with her by posting the picture of her cleavage? That’s when she showed the world what really she is and what she can do. She single handedly took the matter in her hands. Girls should never tolerate any kind of harassment. The yellow journalism was nothing new, and it had claimed many victims before it was Deepika. This time, all the media agencies must have learnt a great lesson. 3. She is Hardworking
Instead of relying on the big name for the success, she worked day and night to make a place for herself in Bollywood. Despite having the name of her father suffixed with her name, she decided to leave home and pave her own way. She admitted that there were days when she worked continuously without rest. Especially during the filming of Sanjay Leela Bhansali’s Goliyon ki Raasleela, Ramleela. And this was the movie which brought her up in the list of leading actresses. When it comes to experimenting with the roles, Deepika Padukone is a familiar face. 4. She doesn’t let her personal life affect her professional life
Most of us can’t even stand the sight of our ex in front of us. And here she is! She did not one but two movies with her ex-boyfriend Ranbir Kapoor and both of the movies were a super hit on box-office. She never refused any movie with Ranbir Kapoor. In fact, in a recent party, Deepika and her current beau, Ranveer Singh along with Ranbir Kapoor were seen dancing frantically. She clearly sends out the message to all the young girls, “Let Bygones Be Bygones”. Your past shouldn’t define you, but it should refine you. Also Read: Parineeti’s Journey From Fat To Fit Will Inspire You To Lose Weight!