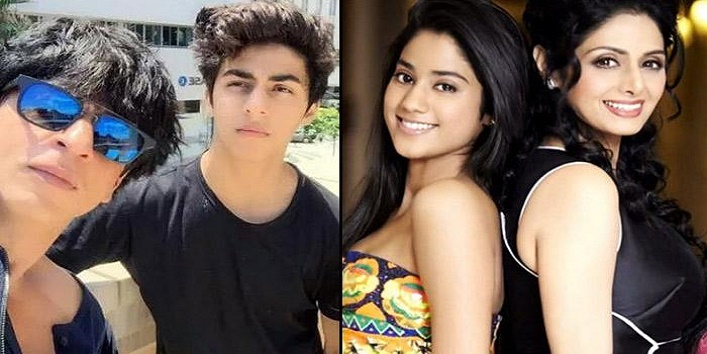 6 Bollywood Star Kids Who Look Just Like Their Parents

We’re so interested in what’s going on in our favourite starts lives. The pictures of our favourite Bollywood stars kids have already been doing rounds on the internet. Some made their public appearances themselves while the others are caught guards down by our paparazzi. Among all these star kids, there are some who resemble their parents amazingly. Let’s have a look which of the star kids are the immediate replicas of their parents…

1. Shahrukh Khan and Aryan Khan
Aryan’s chiselled jawbones and smart dressing sense will remind you of our own King Khan during his younger age. Some of the old pictures of Aryan Khan can even confuse you to make out whether it’s of Aryan or of SRK. 2. Saif Ali Khan and Ibrahim Khan
Many pictures have been circulated showing that Ibrahim Khan is a true copy of our Nawab Saif Ali Khan. As he’s growing up, people are saying he is a splitting image of his father. Though Saif keeps his children out of the spotlight, but the media somehow manages to fetch the images from social media platforms. 4. Soni Razdan and Alia Bhatt
In fact, Alia herself shared a selfie on Instagram with a caption, ‘that moment when you realise you look exactly like your mother* – AND the joy that follows’. She herself proudly admits that she’s a reflection of her mother, Soni Razdan. In real life, as well, Alia is more attached to her mother and she finds an ultimate companion in her mother, Soni Razdan.