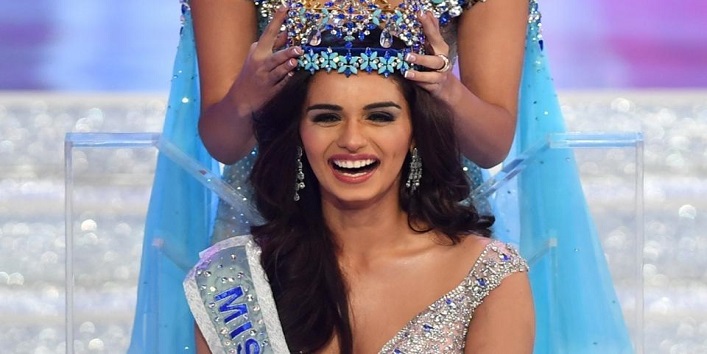 6 Distinguished Women Who Hails from the Hometown of Manushi Chhillar

Nowadays women are no less than men. They are doing an amazing job in every sector and are making the country proud by winning some prestigious awards and accolades for their contribution to the society. Recently, Manushi Chhillar, a medical student who hails from Haryana, was crowned as Miss World 2017. This was the first win for India after a long wait of 17 years. And for all the country people, it is a very proud moment as Manushi hails from the state of Haryana where the sex ratio is 950 girls to 1,000 boys. But in spite of all the odds, there were some women from the hometown of Manushi Chhillar who emerged strong, secured a place for them in the society and are now known as the ‘dhakad’ women from Haryana.

External affairs minister, Sushma Swaraj was born in Ambala Cantt, Haryana and pursued her graduation from the state. She was also the member of the Haryana Legislative Assembly from the year 1977 to 1982. And, she was also a part of the top contenders to become the Chief Minister of the state.

Kalpana Chawla, the first woman of Indian origin to go to space and the person who chose to redefine boundaries. After completing her graduation in Chandigarh, she moved to the Texas to study aerospace engineering. After that, she started working on her first mission in 1997 and then in 2003, she was one of the crew members of the Columbia Space Shuttle who lost lives in the tragedy. She was also honored with the Congressional Space Medal of Honour.

Sakshi Malik, one of the best athletes who made the countryproud after winning the bronze medal at Rio Olympics in 2016. This popular wrestler hails from the Rohtak district of Haryana and has also won a silver medal in Commonwealth Games. No doubt this woman is a true inspiration for many.

Who doesn’t know about the Mahavir Phogat daughters? All six of them are trained in wrestling and three of them, Geeta, Babita and Vinesh won gold medals in Commonwealth Games. And the Bollywood movie, Dangal which starred Aamir Khan was based on their lives. This movie showcased how the Phogat sisters deal with the social issues and achieved success.

Saina Nehwal is a true inspiration for many girls. Till now she has won 21 international badminton title which includes the Superseries titles. And she has also won a bronze medal at 2012 London Olympics. Saina Nehwal is the first Indian female and second Indian to attain the second rank in the sport. She is one of the successful women who surely inspires us.

Parineeti Chopra is an actor and singer, similar to her cousin Priyanka Chopra who is a global star icon. Parineeti hails from Ambala and started her Bollywood journey from the Yashraj Productions, Ladies vs Ricky Bahl in 2011. She also won a special mention National Film Award for her awesome performance in Ishqzaade.

So, these were a few popular women who belonged to the hometown of Manushi Chhillar.