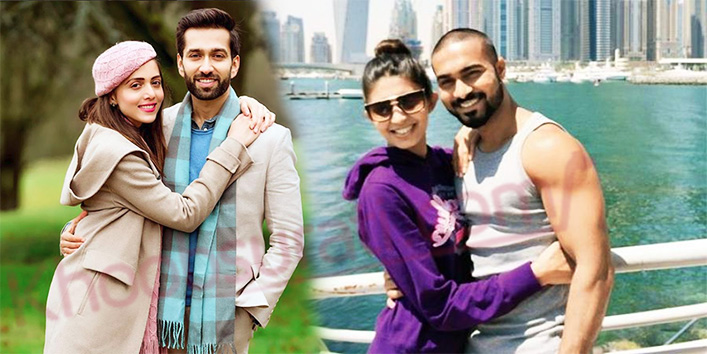 7 Famously Handsome Indian TV Actors Who Are MARRIED But We Don’t Know!

Every single girl has a celebrity crush. In fact, some of them are virtually dating a celebrity. Well, that goes in an extreme case. Here at Khoobsurati, we’re unapologetically going to shatter your celebrity crush dreams for once and for all. While it is totally normal to develop a mushy feeling for a hot actor on the television, but don’t you think that you should know whether your celeb crush is single or married?

Therefore, here we bring a list of hot actors of TV Serials who’re already married but we don’t know…

1. Salman Yusuf Khan
The day when he revealed his marital status, many women suffered a heartbreak. He is already hitched to his long-time girlfriend, Faiza Haramain. They were in a relationship for almost 10 years and later in 2013, they got hitched and thud! Many hearts broke. And this is not all, they have a baby boy named, Hamdan.

2. Ruslaan Mumtaz
How can people forget the ‘Mera Pehla Pehla Pyaar’ guy? Girls were ready to drown forever into his angelic eyes and chocolaty smile. But your bad luck didn’t spare you here as well. he’s married to this charming lady, Nirali Mehta. Lucky girl, we must say. The duo got hitched in 2014. Ruslaan met Nirali in a dance class and it was a scene of love at first sight.

3. Varun Kapoor
Varun Kapoor stole many hearts as Varun Mehra in a daily soap ‘Bayttaab Dil Kee Tamanna Hai’. His chocolaty personality was loved by many young women in the country. Not only this, he went on with his charming ways on the running show, Swaragini. But hold on, cause you’re going to suffer a massive heartbreak. He’s already taken now. He got hitched to his long-time girlfriend, Dhanya Mohan in 2013. He’s enjoying his marital life with the love of his life.

4. Kanan Malhotra
One of the most handsome hunks of the Indian Telly Dunia is also taken. Kanan is married to an interior designer based in Delhi, Aakanksha Dhingra. The couple got hitched in 2014. It was an arranged marriage, but a taken man is taken, after all. 5. Aditya Redij
Remember him, girls? Yes, the handsome hunk from the serial, ‘Na Aana Is Des Laado’. This tall and handsome guy is hitched to his co-star Natasha Sharma from the same show! Surprised? Yes, the on-screen Siya-Raghav Jodi came out to be real. With the blessings of their family and close friends, the duo tied the knot in 2012. We just wish this already-hitched-handsome-guy all the bliss of an elated married life.

6. Sahil Mehta
Yuvraj Birla of the famous and running television show, Suhani Si Ek Ladki is also a married man. He tied knot recently in May to his long-time girlfriend and a creative director, Eesha Danait. Sahil met Eesha on the sets of Love Express and they immediately clicked. They dated each other for 2 years and then walked the aisle together.

7. Nakuul Mehta
Another drool-worthy guy, Shivaay from Ishqbaaz is also hitched to his long-time girlfriend, Jankee Parekh. He is a happy married man, contrary to what he’s shown on-screen. Did you know that Nakuul Mehta belongs to a royal lineage of Prithviraj Chauhan? Shocked? He met Jankee, who is a stage performer and has her own band, and the duo immediately fell in love. They dated for nine years and finally tied the knot in 2012.