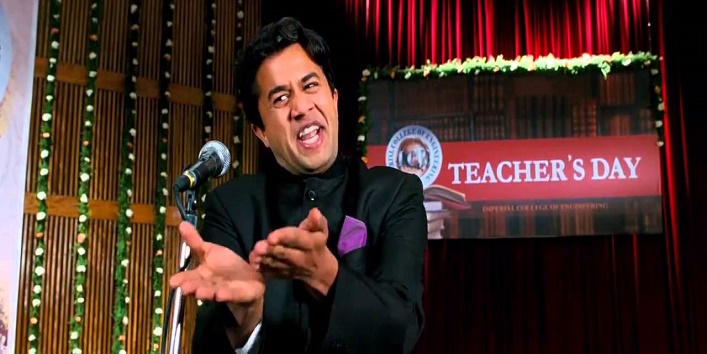 7 Hilarious Bollywood Scenes That Made Us Laugh out Loud

Laughing out loud is that one moment where we live up to the fullest without thinking about our worries and other things. And thankfully our Indian cinema has gifted us some brilliant Bollywood movies that have made us laugh hard. So, if you are having a bad day, then simply scroll down this article and enjoy some funny scenes that we have listed for you guys. Here are some hilarious Bollywood scenes that will make you laugh hard.

1. The iconic Mahabharat scene from Jaane Bhi Do Yaaro

This list has to get started with this one. Remember how this scene ended with a blunder with mashup Ramayana, Mahabharat to Mughal-E-Azam.

2. Remember this hilarious scene where Amar and Prem rescued the girl in Andaz Apna Apna

When it comes to comedy, nobody can ever forget this film. And this particular scene is something which is something that modern movies should also adopt, action and drama with lots of comedy.

3. Baburao and the calls he used to get from wrong numbers from Hera Pheri

This entire movie was classic but Paresh Rawal’s rage in this something which was beyond words. Hello! Devi Prasad!

4. The scene where Gopal and Madhav acted blind in Golmaal

All the actors pulled off this scene amazingly but, what made this scene more epic was Ajay Devgan’s acting. Those seven odd minutes were the finest leaving us ROFL.

5. The aircraft scene from the movie Dhamaal

The entire Dhamaal movie was full of fun moments. But, the aircraft scene where Boman and father seek help from the tower for a proper landing was amazing.

6. A scene from Chennai Express where Menna has some issues

To be honest, Deepika is an awesome actress which is proved well in this scene. Menna’s Manjulika avatar and Rahul’s hilarious expression is something that made this scene so funny.

Don’t tell me that you didn’t laugh after watching this scene. This scene explained the word rape in a hilarious way.

So, these were the few hilarious Bollywood scenes that made us laugh out loud. And if you have not watched them yet, then you need to check them out right now.