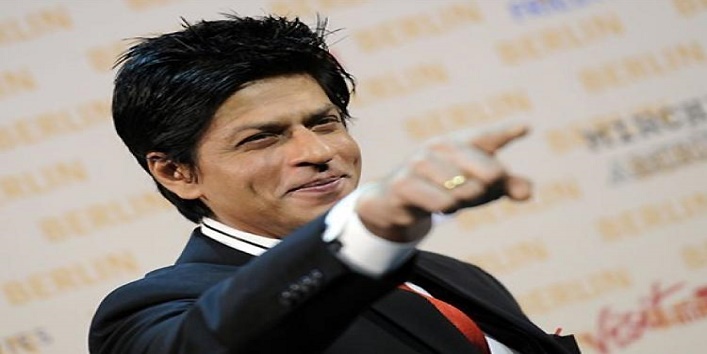 Who doesn’t love Shahrukh Khan? Funnily enough, internet is full of trolls and pages having rants over Shahrukh Khan. His name is enough to start a twitter war or to evoke myriad of emotions in our hearts! Millions of girls, including me, swoon over his dimpled smile. His charms are enough to hypnotise a woman and make her blush within few Nano-seconds. No matter how bad his movies are performing on the box office, the movie halls are never left empty when any of his movie hits the silver screen. Such is the fan following of Shahrukh Khan. So here is a full-fledged post dedicated to the stardom of Shahrukh Khan and why we love him so much.

Also Read: 4 Reasons Why Deepika Padukone is a Role Model for the Young Girls

1. Shahrukh Khan is a hard-working man who made his prominence in Bollywood with his hard work alone. Imagine how hard it is for a person to establish himself in Bollywood without a Godfather in film fraternity. Who knew that this Delhi boy will climb the ladder of success and rule our hearts someday. 2. No one and literally no one can beat Shahrukh Khan when it comes to romance. His copyright gesture of spreading his arms can’t be copied by any other star with equal perfection. Every girl is left jaw-dropped when King Khan spreads his arms on silver screen to call out his lady love on silver screens. 3. Girls go drooling all over with just a glimpse of his dimply face. His sense of humour, his humility, his fit body and perhaps is smile, are just the add-ons to his charming personality. 4. He creates a sensation every time the promo of his new movie is launched. His undying charm and our fandom for his intensifies each time his new movie is released. Such is the love for Shahrukh Khan! 5. It would be unfair to miss out on his humbleness. A recent post on Quora posted by one of his ex-workers, tells us that Shahrukh Khan is the gem of a person. And now we can’t stop ourselves from loving him even more! 6. His strong dialogue delivery can make even the shittiest of the dialogues sound interesting. Remember that, “Hum Ek Baar jeete hai..Ek Baar marte hai..Shaadi bhi ek baar hoti hai aur Pyaar bhi”. How well he defined the importance of ‘One Love’ in our life. 7. His down to earth nature tells us clearly that he is definitely not the one who had the silver spoon in his mouth since his birth. He struggled a lot and came quite a long distance to become who he is today. He shaped his own destiny.