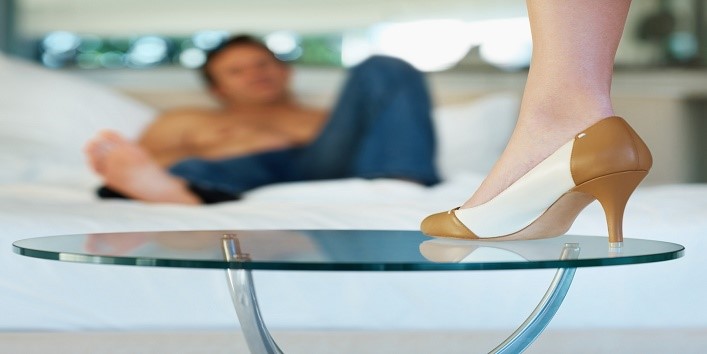 7 Signs That Tell Your Husband Is Cheating On You!

Trust is the foundation of any marriage. But what if one of the partners decides to go a bit off-track, it becomes really suffocating and tormenting for the rest of the family. Some lines are never meant to be crossed. But some men, unfortunately, can’t hold back their temptations, and unknowingly step into the murky world of ‘Infidelity’.

But thankfully there are many experts who are there for our help. They are psychological experts and are efficient enough to decipher a man’s behavioural changes. So, here 7 signs that signal towards something fishy going on in your man’s life. 1. He’s Hiding His Cell Phone and Taking Calls in Private
There are some phone calls for which he might be needing some privacy. But if he always goes to the other room to answer a phone call then it might be clear sign that he’s talking to someone he shouldn’t be talking. 2. His Inbox is Always Empty
Men are too lazy to delete their chat history. But if he’s doing that often, it indicates towards his increasing conversations with someone else these days. 3. He Keeps You Away From His Colleagues And Friends
Some people do not like to mix their personal and professional life. But if he strictly asks you to stay away from his friends and colleagues and never introduces you to his friends, then there is a possibility of an another woman he’s trying to hide about. 4. He’s Picking Up Fights Without Any Reason
Cheating creates a lot of emotional turmoil even in the mind of the cheater. He is in a constant tug of war between you and his newly found love. He’s always looking for ways to pick fights with you so that he can justify his cheating attitude. 5. He’s Least Interested in You
You’ve noticed that recently he’s been showing little or no interest in your whereabouts. He has stopped showing his love for you and there is little or no physical intimacy between you two. This means that there is an invisible presence of someone else in his life. 6. He’s Not Able to Look into Your Eyes While Talking to You
This is the best way to tell that a person is lying to you. He’s not able to have eye contacts with you. This means that certainly, he’s hiding something from you. 7. He’s Travelling a Lot Lately
If he’s always absent on the weekends saying that he’s having a business trip, its time you should confirm his travelling endeavours with any friend of his. If you find any evidence, confront him about the same.