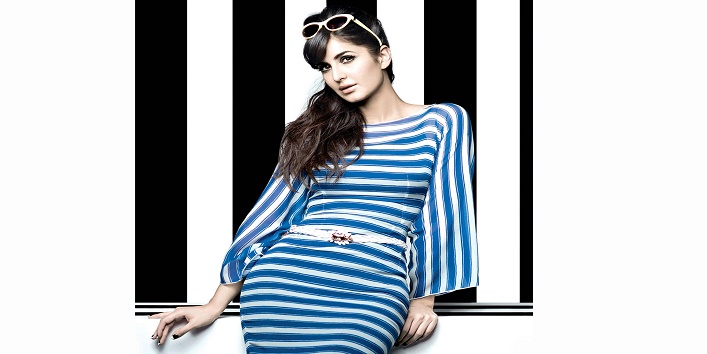 There are many things which we don’t know about Miss Katrina Kaif. Due to her secretive ways, Katrina has always been an enigmatic personality of Bollywood. Yes, some people do love Katrina Kaif for her hot bod. But many fans are always wondering who really Katrina Kaif is. What does she like? Katrina has never revealed personal details of her life to public. And her secrecy is the reason, why paparazzi are trying to dig deeper into Ms. Kaif’s life. After a lot of digging and totaling, we have zeroes to some of the facts which might fascinate you being a Katrina Kaif Fan. Also Read: Katrina Kaif is the New Fashion Inspiration for the Young Girls! Check it Out!

1. Katrina Kaif is half British and Half Indian. Her mother is British while her father is an Indian man from Kashmir. Her parents got divorced when she was pretty young. She has seven siblings and she never credits her father for her upbringing. 2. Her real name is not KATRINA KAIF. In fact, her complete name is Katrina Turquotte. It was during her debut movie, Boom, that the producer Ayesha Shroff made her change her name to Katrina Kaif. This was done so that she sounded Indian to people. Also Read: So This is the Secret Behind Katrina Kaif’s Hot Abs!

3. She was born in Hong Kong and lived in many countries before settling in India. She lived in Japan, France, Switzerland, Belgium and Poland before coming to India. At the age of 14, she moved to Hawaii where she started off her career as a model. She lived in London for 3 years. 4. She was the first Indian actress after whom a Barbie doll was modelled. She followed the legacy of Marilyn Monroe, Audrey Hepburn and Elizabeth Taylor. 5. Katrina likes to paint and play chess apart from acting. Aamir Khan once told media that Katrina Kaif won a game of chess with him. 6. Kat is a big fan of Leonardo DiCaprio and Johnny Depp. Apart from them, her favourite actresses are Kajol and Madhuri Dixit Nene. Also Read: 8 Bollywood Celebrities Who Fell in Love on the Sets!

7. Despite living in India for more than 10 years, she’s still a UK citizen. She works in India on a work visa.