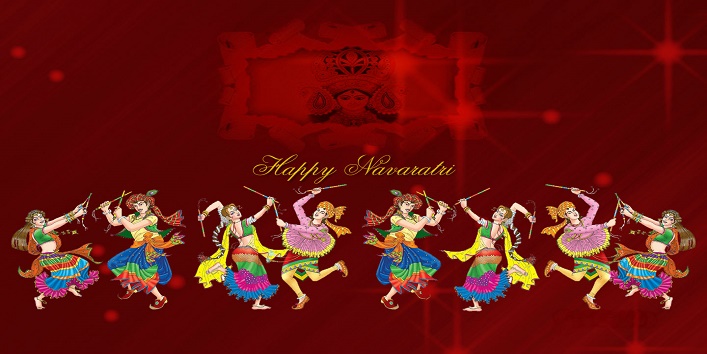 Maa Durga has always been a great symbol of women empowerment since the ethnic times. Navratri is celebrated as the epic symbol of how women hold the power to conquer any hurdle or struggle through any difficulty thrown her way, throughout her life. So, this Navratri celebrate the great power of feminism with following these rituals on the 9 days of Maa Durga, from 28th of March to 5th of April, 2017. 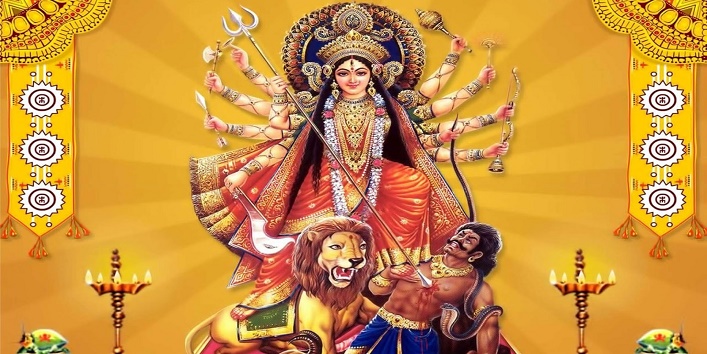 About Chaitra Navratri
The festival of Navratri arrives two times in one year, first, in the month of ‘Chaitra’ between March -April, and second during the month of ‘Kartika’ between September-October, as per the Hindu Calendar. The month of Chaitra commences from the first day of the half-lunar month of ‘Chitra’, and the Navratri is a devotional celebration for the devotees of Maa Durga during these days.

9 Manifestations of Maa Durga
There are 9 indices of Maa Durga that are worshiped on each day of Navratri, as follow:

Ghatsthapna
The most essential and main ceremony on the first day of Navratri is Ghatsthapna, which symbolizes the universe and is placed at a holy place, to purify and bring happiness into your home.

Also, many people follow the ritual of 9-day long Navratri Anushthan to please the Goddess and to bring cheerfulness in their home. Akhand Jyoti (Burning of Lamp)
The Navratri Jyoti (burning lamp) is a symbol of peace and calmness in the home and family. So, it is essential that you lit the lamp before commencing the processions of the Navratri Pooja. It helps to reduce the negativity of your house and increase the contented mindfulness amongst the devotees.

The uninterrupted lit of the lamp symbolizes the true devotion towards the Goddess Durga and marks the happiness that is to follow into their family. Sowing of Barley
Barley is the first fruit that is harvested and it symbolizes prosperity, abundance and growth. The longer it grows during the Navratri, the better will be your income in the coming months of time. Navdivas Bhog (Offerings for the 9 days)
Each day represents one goddess and each goddess is feasted with offering something to them. All the nine days are allotted with 9 types of Bhog for the goddesses, as follows: 9 Colors For 9 Days
For the good luck and to please the Goddess, people wear nine different colors during the 9 days of Navratri, as follows: 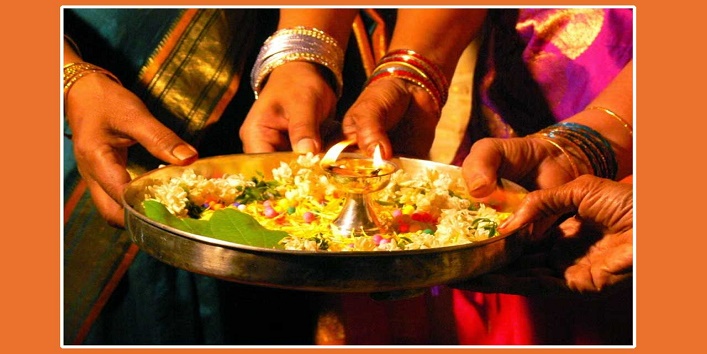