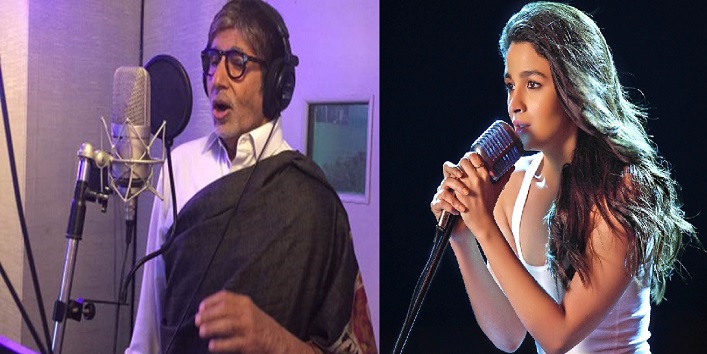 Music is something that adds an entertainment factor to our Bollywood movies. And this is possible because of the beautiful voices of singers. But there are few Bollywood actors who are giving a tough competition to the playback singers. Here check out the list of the Bollywood actors turned singing sensations. The shahenshah of Bollywood, Amitabh Bachchan is a powerhouse of talent. He is not just known for his versatile acting but for singing too. He has also sung for many Bollywood movies which include Silsila, Baghban, and Kabhi Khushi Kabhie Gham. Farhan Akhtar is a multi-talented person of Bollywood. He is an actor, producer, director, and singer. One can listen to his best tracks from the movie Rock On and Zindagi Na Milegi Dobara. Priyanka Chopra, the global star icon is also known for his singing skills apart from her versatile acting. She sang a song ‘In My City’ which also featured rapper will.i.am which was a commercial hit in India. Alia Bhatt, an actress who has made her mark in Bollywood with her amazing performances in Dear Zindagi and Udta Punjab is also a beautiful singer. She made her singing debut with the unplugged version of Samjhawan composed by A.R Rahman. Mr. Perfectionist, Aamir Khan is not a just perfect actor but he is also a good singer and has sung songs, Aati Kya Khandala for the movie Ghulam, which went on to become a super hit track. How can we forget this newest singer in town? Parineeti Chopra recently made her singing debut with the song Manna Ki Hum Yaar Nahi which she beautifully and was also loved by the masses.

So, these were the few Bollywood actors turned singing sensations who are making people go gaga over their beautiful voice.