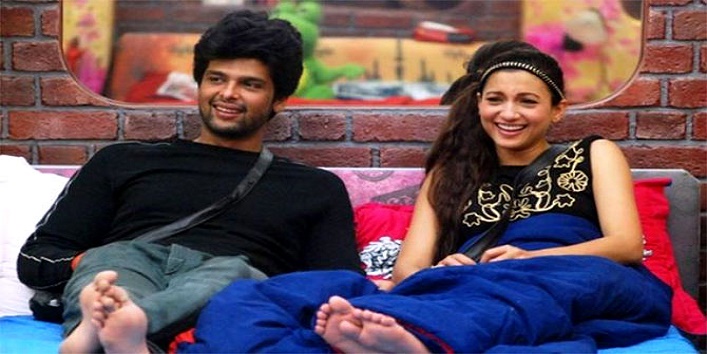 Anything can happen in the Big Boss House! Love, hatred, breakups, dhoka, conspiracy and what not. You can find everything in Big Boss. Big Boss Season 10 is already on air these days. While you watch the latest episode with some new hook-up and break-up stories, let’s take some time to remember the Jodis that were made by Big Boss.

Ready for some gossips?

Also Read: 7 Actresses Who Were in a Relationship with Salman Khan Once

1. Karishma Tanna and Upen Patel
What a dream fairy tale it was! They met on the season 8 and something clicked. Fell madly in love with each other or was just faking to get some popularity votes. Who knows? They were also seen in the dance reality show, Nach Baliye 7. The love story ended on a bitter note, we all know that. 2. Gautam Gulati and Diandra Soares
They shared a scorching hot chemistry on the set of Big Boss 8. They went a little far while expressing their love. Their kissing spree in the bathroom sparked some controversies. But that’s what Big Boss is for-conspiracies! Also Read: 7 Reasons Why Shahrukh Khan Will Forever Be Our ‘King of Hearts’

3. Tanishaa Mukerji and Armaan Kohli
Another mismatched Jodi! She became the most talked about celebrity in the Bigg Boss House during the season 7. Their marriage announcement also went soaring after the season ended. However, they decided to part ways soon after the announcement. 4. Gauhar Khan and Kushal Tandon
This duo even made up to the music video, Zaroori Tha for the album Back 2 Love by Rahat Fateh Ali Khan in 2014. They went to extreme lengths to stand by each other in the show. This relationship didn’t last longer and the reasons are still unknown. Also Read: I think fitness is more important, Who decides what is desirable?: Vidya Balan

5. Sana Khan and Vishal Karwal
The Wajah Tum Ho actress started dating Vishal Karwal on the sets of Big Boss season 6. The buzz was around that Vishal and Sana were fond of each other even before the show. The story sizzled on during the show, after that Vishal got evicted. 6. Sara Khan and Ali Merchant
This was the only Big Boss couple which went so far with their on-set love story. They got married in the Big Boss House itself. But alas! Their marriage didn’t even last 2 months! This marriage was nothing else but a publicity stunt for which they earned a whopping amount of 50 lacs, some reports said. 7. Veena Malik and Ashmit Patel
They were the hottest couple ever to have in Big Boss. Their over-PDA made it clear that the couple wanted to stick to the headlines by hook or crook. They stayed together for few months after the show. But things went downhill afterward.