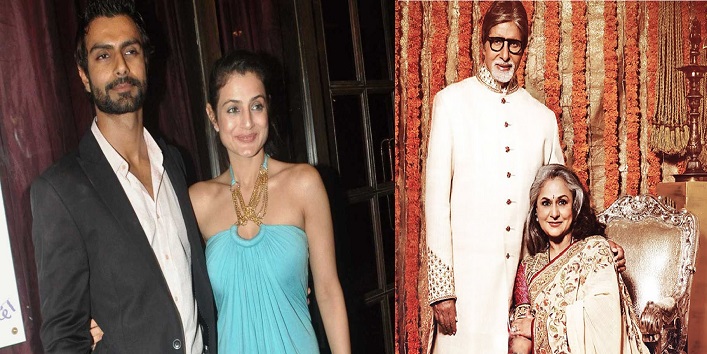 Bollywood celebs are considered to be as the public figures whom masses follow and idolizes. But sometimes these idols take some wrong decisions and land up in an embarrassing situation which later brings shame to their families. But there are many Bollywood celebs who faced awkward situation because of their beloved family members.

Here are some Bollywood celebs from tinsel town who faced embarrassment because of their family members:

Jaya Bachchan, MP from Samajwadi Party made a buzz during the music launch of Drona in Mumbai. Mrs. Bachchan during the launch made a statement that she will only speak in Hindi because they are from UP which was a taunt to MNS leader Raj Thackeray. Because of this controversy Bollywood celeb, Amitabh Bachchan had to issue a clarifying statement and an apology to Raj Thackeray. Tanisha Mukherji’s decision to take part in the reality show, Bigg Boss 7 seems to have caused a lot of embarrassment for her family because of her chemistry with Armaan Kohli. According to the rumours Tanisha’s mother, Tanuja, Kajol and brother-in-law, Ajay Devgan were against her decision to be part of this show.

Also read: 6 Famous Bollywood Reel Couples Who Are Going To Reunite On Screen Farah Khan, the multi-talent Bollywood celeb had to face a lot embarrassment because of her husband, Shirish Kunder. During the success bash of Agneepath, Shirish made a comment on the failure of SRK’s movie Ra One which made Shah Rukh annoyed and he slapped him. And at that time Farah supported his husband. Now, they have cleared all the differences and sustained peace. Ameesha Patel, Bollywood celeb who started her journey in the film industry with the movie Kaho Na Pyaar Hai went through a really tuff time during her legal battle against her parents. Yet, she is very close to her brother, Ashmit Patel who dragged her in an awkward situation when his private MMS clip was leaked with his girlfriend, Riya Sen.