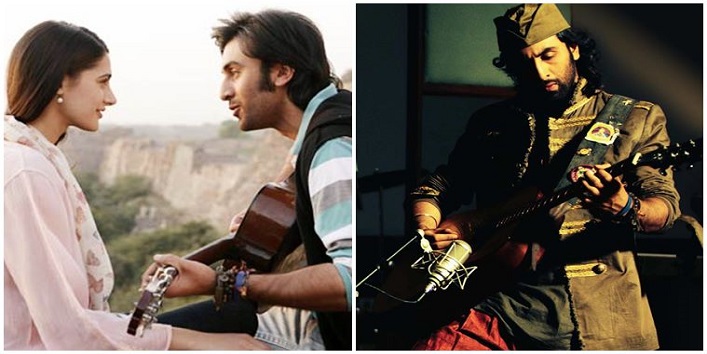 7 Bollywood Celebs Who Amazed Us with Their Excellent Method Acting

Since so many years Bollywood celebs have managed to entertain us with their amazing acting skills. But do you guys know what is the key thing which makes their performance so amazing? Well, it is because of method acting. This concept is very new in Bollywood as stars are trying to adapt to this so that they can portray their role well according to the film’s vision. So, in this article, we have shared some Bollywood celebs who have taken their method acting to the next level.

1. Aamir Khan in the movie Dangal Post-release of Mangal Pandey, Aamir Khan has never failed to amaze his audience with his acting. Mr. Perfectionist is known for his hard work and dedication which one can be clearly seen in the blockbuster movie Dangal. To play the role of 52-year-old Haryana man, he gained weight which was around 98 kgs and later he transformed himself to play the younger version of his character and lost body fat which was around 8%. This extensive gain and loss of weight could have affected his health, but it didn’t bother Aamir to take his passionate acting to the next level. Priyanka Chopra an actress who swayed everyone with her amazing performance in the movie Mary Kom in which she portrayed the role of a pro-boxer from Manipur. For this role, she tried everything from the best makeup to VFX but when the things started to fall short, she jumped to the ground and transformed herself into a pro-boxer so that she can live up to her character.

Also read: 6 Celebrities Who Are More Famous Than Their Husbands!

3. Ranveer Singh in the movie Padmavati 4. Ranbir Kapoor in the movie Rockstar Most of the times we have seen him playing the role of an urban brat, but his career took a turn when he decided to take up the role of the struggling musician. Ranbir Kapoor did a lot of research before portraying his role in the movie Rockstar. We have seen him playing versatile roles but amazed everyone with his role as a serial killer in the movie Raman Raghav 2.0. For this role, Nawazuddin Siddiqui prepared himself by living in the cheap motel of Lonavala before the shoot of the movie so that he can get into the character well.

6. Rajkumar Rao in the movie Trapped Rajkumar Rao went through a hard diet plan to get in the role which he portrayed in the movie Trapped. He spent 3 weeks on the diet of black coffee and carrots to look like a starving man. This is really the next level.

7. Randeep Hooda in the movie Sarbjit This actor went through a drastic weight loss process for his role in the movie Sarabjit. Randeep Hooda lost 18 kilos in just 28 days to look like a prisoner of the Pakistani jail. It was convincing but it took a toll on his health later.