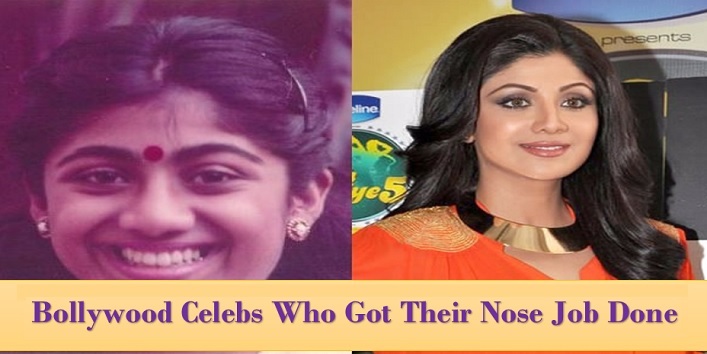 5 Bollywood Celebs Who Apparently Got Their Nose Job Done

Bollywood celebs are known for their changing looks but sometimes their looks are so doubtful that they are subjected to trolls and accused of changing their looks through surgeries.

Here is the list of Bollywood celebs who are apparently got their nose job done: Quantico girl Priyanka Chopra who was crowned as Miss World in 2000 was alleged for the nose job. In February 2017when she was hosting for the show The View in New York she was asked about body shaming and she ended up talking about her nose. She revealed that when she met a producer before she started acting to know about her chances in Bollywood. And at that time the producer said that her nose and body shape is not proportionate. And with that, she also said that her nose is original and she never went for a nose job. The nose job of this Bollywood actress worked like wonder for her. The current pictures are the indication of that. She revealed that she was asked to do a nose job during the shoot of her second movie because according to the director her nose didn’t have the royal look. She is a brave actress of Bollywood who openly revealed about her nose job so that it could be conveyed to all the gossipers. When she was asked about her plastic surgery she said that this surgery has helped in tackling the breathing problem. And now she looks fab and her acting career is on the rise.

Also read: 7 Bollywood Celebs Who Were Involved In A Fight With Media Katrina Kaif who is known as the Barbie doll of Bollywood. This actress has allegedly gone through a nose job that one can see from her pics. However, the changes subtle and one cannot figure this at a glance.