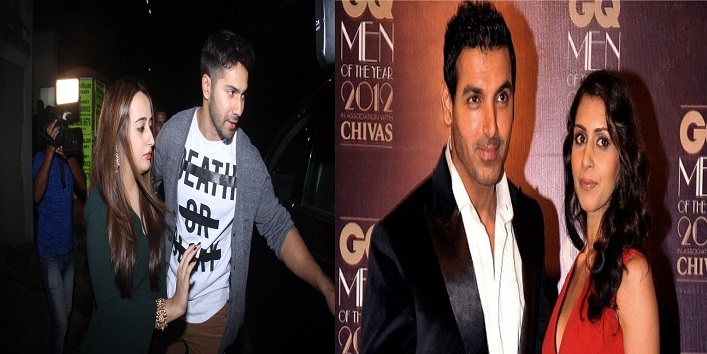 Bollywood celebrities have their personal life where they meet their love of life or they face some bad relationships as well. But some celebrities dated or married with non-celebrities or common people. Varun Dhawan tries to hide his relationship with Natasha Dalal. She is a designer by profession. Natasha and Varun dated each other from past few years. Although both trying to hide their relationship from media. But media catch Varun and Natasha at many family dinners and functions hosted by Dhawans. Imran khan starts dating his wife Avantika Malik at the age of 19. Both lived in a live-in relationship. Imran married very earlier and he not trying to hide his marriage from media. John Abraham’s wife Priya Runchal is an investment banker. Firstly, they meet each other in a gym in Bandra in 2010. Then later when John breaks up with Bipasha Basu, they introduce by a common friend of John. And John decided to marry. Neil tried to find his love of life from 3 to 4 years but he found his love Rukmini by an arranged marriage. On the first day of Ganpati, a common family friend talking about Rukmini and his father insisted him to meet her once. After meeting Rukmini Neil decided to marry her.

Also read: Beautiful Wives Of These 6 Bollywood Celebrities Are Still Unknown To The World

After so many bad experiences of relationships in industry, Shahid started meeting with girls his mom suggested and his mom finds Mira for him finally. They are now blessed with a cute baby Misha. Dr. Nene is a close friend of Ajit Dixit, brother of Madhuri Dixit. It was said that her brother requests Madhuri to meet Dr. Nene. After 3 months of a relationship, they both decided to marry. Vivek was not even ready to meet Priyanka and tried to avoid the meeting but he meets her in Florence fortunately. They got married later on.