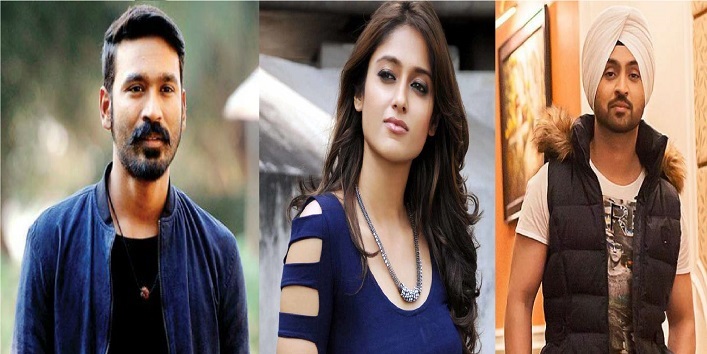 B-town celebs are not famous for their looks, style and trend. But they are also famous for the hard work, dedication and struggles that they have faced to reach such level of immense success. Most of us don’t know where did they start their journey from? So, in this post, we have shared a few interesting stories of these B-town celebs.

This famous Bollywood actress started her career with the Telugu movie ‘Sri’ and a Tamil movie ‘Kedi’ in the year 2006. The Baahubali female lead made her debut in Bollywood with the movie, Chand Sa Roshan Chehra when she was just 15 years old. The Ghajini fame made her debut in the film industry with a Tamil movie Narendran Makan Jayakanthan Vaka in the year 2001. Later she also worked in the remake of Ghajini in Telugu and Hindi. She made her debut in the film industry with the Bengali movie, Indira as a child artist. And later she worked with very renowned filmmakers like Mira Nair and Rituparno Ghosh. She got immense success with for her movie Mr. And Mrs. Iyer. In the year 2007, she made her debut in Bollywood movies as gave many hits like Wake Up Sid.

This famous celeb is a National award winner and her debut in the film industry with the Tamil movie, Thulluvadho Ilamai. Later, he got famous on social media with his song Kolaveri Di. After which he made his debut in Bollywood with the movie, Raanjhanaa. This amazing singer and actor started his journey with the Punjabi movies like Jatt & Juliet which got immense success. Soon after this, he got Bollywood signing projects and even got a chance to play the lead in the movie Udta Punjab. Barfi fame, Ileana D’Cruz made her debut with the Telugu movie Devadasu. Later, she worked in many Tamil and Telugu movies. And entered Bollywood in the year 2012.