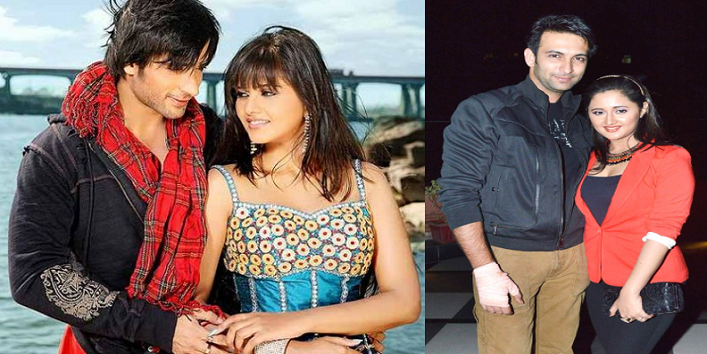 6 Celebs Who Can’t Stand With Their Ex Post Breakup

The relationship is very complicated and no one knows that how it’s going to be in future. Whether it will blossom or end up like a nightmare. Breakups and divorces are very hard to handle. But sometimes the celebs handle this matter maturely and maintain a cordial relationship with their ex and some can’t even stand with them like earlier.

Here is the list of famous Celebs who can’t stand with their ex: In the past Daljeet and Shaleen were seen together on a dance reality show, Nach Baliye. After the competition people considered them as the most ideal and perfect couple. But soon the story of this beautiful couple came to an end when Daljeet filed a divorce when she was not able to handle the domestic violence. Recently, the duo got parted and now Daljeet has the sole custody of his son. This celeb duo met on the sets of Uttran for the first time and from there, their love story took off. Soon the couple tied the knot and after few months the rumours came in media that they are going through a bad relationship. The duo tried to save their relationship by participating in Nach Baliye but it didn’t work and finally decided to part ways. This celeb couple made a buzz in media when they were in a relationship and many fans started dreaming about their marriage. But they duo broke off because Karan’s parents didn’t approve his relationship with Kamya and after that, he got married to Ankita Bhargava. Soon after the marriage, Kamya slammed Karan in an interview. Another celeb who went through a very bad relationship. Shweta Tiwari after being in a miserable relationship with Raja for 14 years she finally decided to part ways with him and has now married Abhinav and leading a happy married life. In the past, Rahul was divorced on the grounds of domestic violence. And after that, he met Dimpy during a reality show and the duo got married to each other. But soon after the marriage Dimpy’s bruises and marks told the reality of their relationship. Now, the duo has separated. This celeb couple were in 14 years of relationship but they took the decision to part ways in 2010. Soon after the divorce, the duo slammed each other saying that he was an unfaithful husband and according to Rajeev they can’t have kids. This couple now shares a cold war against each other.