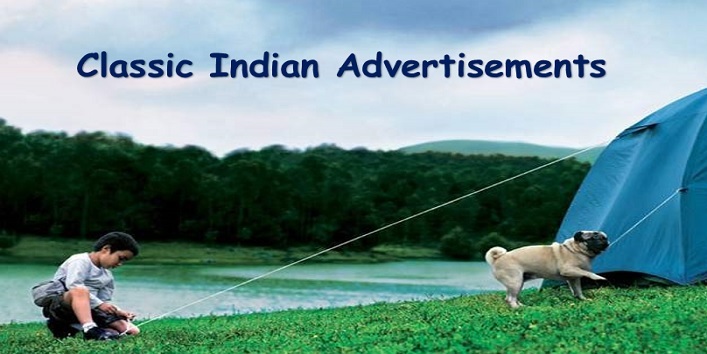 Whether you loved them or hated them there is no way you can neglect them. Confused?Well, we are talking about the TV commercials of the old days. And if someone ever told me to recite the Nirma Song, I can still sing it in a single breath. We will agree on this that there were few special TV advertisements that somehow stuck in mind. So, here in this article, we have shared some classic Indian advertisements that have been the part of the golden age of television.

Only one thing pops into my mind after seeing this which is “JALEBI”.

We can still recite the jingle word by word which was like Doodh si safedi, Nirma se aaye.

Remember, how that bunny used to say Aahah Lijjat Papad.

Also read: 8 Silly Things That Every Delhiite Is Tired of Hearing!

Till now this Ad resembles the arrival of summer.

One of the quirkiest jingle by far.

After it was released, it became the friendship anthem all over the nation.

This ad displayed the human evolution in a really cool way.

8. Hutch- You and I In This Beautiful World

After the release of this Ad, the pug became the Vodafone’s brand ambassador.

This is an evergreen one and we all know this fact that Amul is the taste of India.

Even the cadbury bubbly was cute.

So, these were the few classic Indian advertisements.