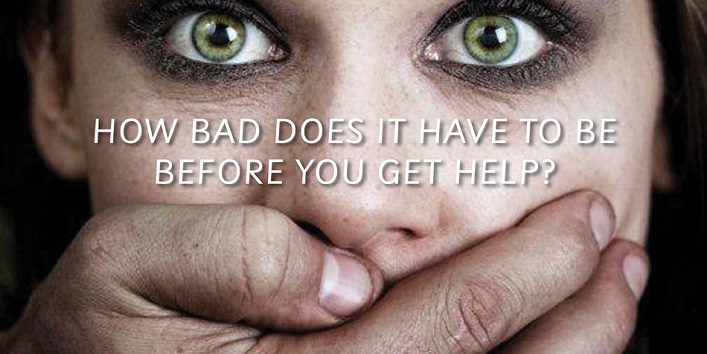 Don’t Conceal! Crush The Reasons Behind Bruises Of Domestic Violence

Humanity has reached its all-time low. While the women folks have already been dealing with grave issues like dowry deaths, female foeticide, honour killing, rape, domestic violence, etc. a Moroccan TV Channel decided to sprinkle some salt on the wounds.

The society has always worked this way. We, as a society has terribly failed our women. We tell our daughters how to dress, we keep her in an indiscernible cage. But what about our sons? We don’t ask them not to rape, not to kill, not to beat their wives. Such an ugly façade of our society has come up again to remind us of its existence. A Moroccan State TV Channel 2M has aired a program teaching woman the makeup techniques to hide the beating marks. Yes, you heard it right! They are actually telling the women to hide their bruises and injuries, instead of fighting them back. That’s what we tell our women to do; keep silence.

Such a shameless activity by Moroccan TV Channel has once again proved that, no matter how developed a country is, it is not truly developed until people have learnt to respect their women.

Asking women to hide their scars? For what? Is it a woman’s fault that she got beaten up her ‘manly’ husband? If the society is to be believed, then ‘Yes’. They concluded the show with a blatant statement, “We hope these beauty tips will help you carry on with your daily life”. An outrage was inevitable and immediate. They were demanded an apology. Reports have stated that they have apologised for airing a makeup tutorial on an issue of such a gravity. This was just a TV Show. The issue is even more grave. It happens everywhere. Women tend to hide their bruises with hair, makeup, clothes, etc. They pretend that their life is as normal as any other woman’s. And we are just a mute audience. We see everything and yet we decide to stay mum. ‘Uski biwi hai, wo chahe jo kare! Hum kyun beech mein padein?’. How often do you hear this? Plenty! Just because a woman is hitched to a man, it doesn’t entitle the husband to do anything as he wishes to do. Violence is no solution and staying mum isn’t either. Ring the doorbell and raise a voice against domestic violence. Because now, it isn’t a ‘Ghar ka Mamla’ anymore!