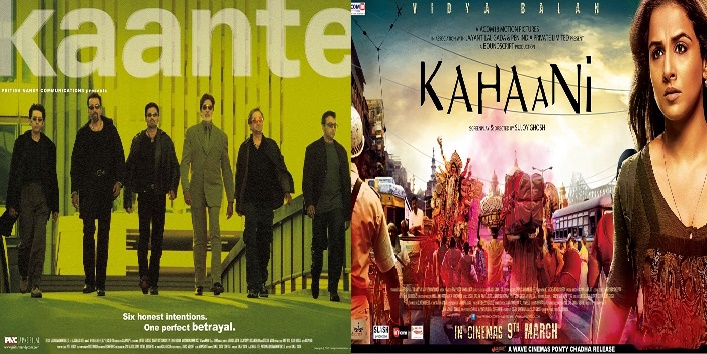 Are you a fan of Bollywood Crime-Thrillers? Do you think that today’s production is not as interesting as it used to be years ago? Then you have landed in the right place.

In this article, you will find a list of 7 such Bollywood Crime-Thrillers, that you must watch if you think that today’s crime-thrillers are overrated and lack storylines in the movies.

Because what’s the fun in watching a good crime-thriller, if you don’t scream in fear and the excitement of what’s gonna happen next?

Let’s check out these 7 Bollywood Crime-Thriller that made us sit on the edge of our seats the whole time.

1. Baazigar
Shahrukh Khan’s one of the best movies that earned him the stardom, Baazigar is the 90s most loved and famous Bollywood crime-thrillers. Also starring Kajol and Shilpa Shetty, this movie is a perfect combination of romance and action with the most gruesome deaths. 2. Kahaani
An impeccable Bollywood crime-thriller with the most twisting plots and amazing storyline, that will leave you suspensive and stunned till the end. Starring Vidya Balan, Nawazuddin Siddiqui and Parambrata Chaterjee, Kahaani is a story of a pregnant Durga, who is looking for her missing husband, and learns the truth about it. 3. A Wednesday
This is one of the best Bollywood crime-thriller that shows the power of a single man and how he manipulates Mumbai’s top cop in releasing a few terrorists. Starring Anupam Kher and Naseeruddin Shah, A Wednesday is a must-watch. 4. Kaante
Kaante is one of the most engaging Bollywood crime-thriller for planning a perfect heist and a more perfect betrayal. Starring Amitabh Bachchan, Sunil Shetty, Lucky Ali, Mahesh Manjrekar, Sanjay Dutt and others, Kaante is a claimed Hollywood version of Tarantino’s Reservoir Dogs, with a better and twisted plot. Also read: 7 Most Expensive Bollywood Movies of All Time

5. Gupt
Gupt is possibly the most absolute Bollywood crime-thriller of the 90s era, that starred the three most famous actors of that millennia. Kajol, Bobby Deol and Manisha Koirala has done an impeccable job of making this movie scarier with their stunning acting skills and expressions. And the music of the film is just like its theme, thrilling. 6. Ittefaq
Starring Rajesh Khanna, Ittefaq is an amazing Bollywood crime-thriller that tells the tale of a moody painter who was accused of murdering his rich wife for money. Though innocent, he escapes from the psych ward of a mental hospital to prove his innocence. Totally worth the suspense and thrill. 7. Teesri Manzil
Showcasing the electric Shammi Kapoor, Teesri Manzil is a glittery Bollywood crime-thriller, literally! 60s epic drama and glamorous thriller with a few gems from the evergreen R.D. Burban. If you are looking for a perfect blend of action, comedy, crime and drama, then you must watch Teesri Manzil. Grab a bucket of popcorn, stick to your seats and stream those suspensive and entertaining crime thrillers, and enjoy the beauty of Bollywood filmmaking at its best.