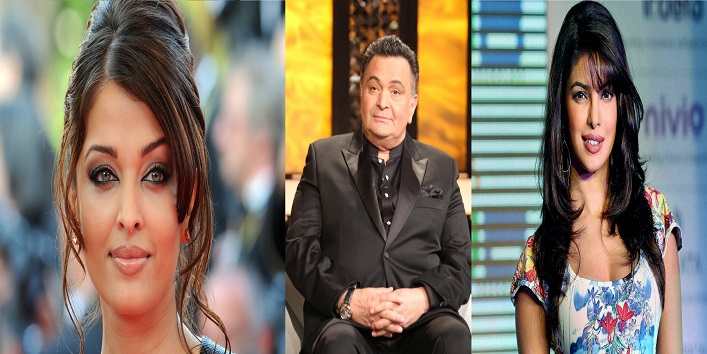 Even These Bollywood Celebs Couldn’t Stand Their Nicknames!

Not everyone is as lucky as Tabu, AKA Tabassum Fatima Hashmi, who loved her nickname so much that she adopted it as her official screen name. But not all of us get that fortunate to have such adorable pet names.

In fact, there are some Bollywood stars who hates their nicknames as much as we do, and they have been trying for a long time now, to stop people from calling them with those nicknames.

Here is a list of 5 such celebrities who couldn’t stand their nicknames and share a love-hate relationship with them.

There was a time when Abhishek Bachchan found a fancy name for our Baywatch actress, and that was Piggy Chops. And she started to go around with the same name for a while. Just like every other normal girl, Priyanka hated her pet name too. But thanks to the international media, she has finally established a suitable nickname for herself, PeeCee. It apparently seems like even the most eligible bachelor of the B-Town hates his nickname as well. But, we cannot really call it hate, if he feels like only his close ones and friends deserve to call him as Sallu Bhai. He even interrupted an RJ once to have him called by his official name, Salman Khan. Is it too much to ask for, when the entire nation actually considers him their Bhai! Her stunning beauty and dimpled cheeks made her one of the most famous celebs of 90s-00s era, but her bubbly nature and acting roles are what got Preity her ‘Bubbly’ nickname. Even though Preity hated her pet name so much that she announced it clearly to the media several times, but it still became her unofficial nickname in the industry and among her loving fans. There was a time when our great legendary Mr. Rishi Kapoor swore to never nickname his children, for he hated his own pet name so much. Chintu, as he was nicknamed by his father, never liked it when people called him with this name, especially the media and his fans. But with growing years, he accepted the fact that nothing he does is going to change it, and he goes by @Chintskap, on his twitter account. It’s been ages now that Aish-warya is trying everyone to stop calling her by her most hated ‘nickname’. Her close ones and friends know her dislike for her nickname Aish, that they never call her with that pet name. even on the eve of their 10th anniversary, Karan Johar put a hashtag with #AishwaryaRaiBachchan, instead of the trending #10yearsofAbhiAish!

This was the story of the celebs who hate their nicknames so much that they have been trying to get rid of them for a long time now but apparently seems to be failing at it, over and over again. Share your story with us and tell us what makes you hate your nickname so much!