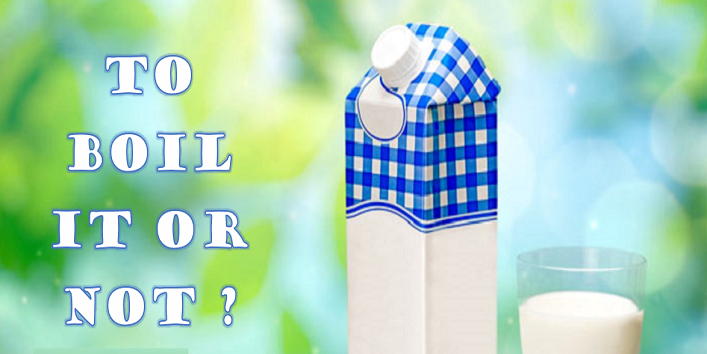 Here is why boiled pasteurized milk is not good for your health?

Since a long time, there has been a debate on the topic of “whether one should boil the milk or not before consuming it”. As the technology is advancing many new things are coming up and with that, a question pops in our mind as to follow the old age practice or not.

But before discussing this topic let’s know more about what does actually pasteurization mean?

Pasteurization was a method which was invented in the 19th century which requires boiling of milk at a very high temperature and then quickly cooling it down before packing it. This method helps in keeping the milk fresh for longer time and also kills the bacteria which is harmful to our health.

This method is most commonly known as high-temperature short time pasteurization which is followed across the world and in many parts of India.

Also read:Review Your Diet Plan Before Having Iron Deficiency

Now, let’s discuss whether boiling pasteurized milk helps us. In India, it has been an age-old tradition to boil the milk before consuming as it is said that it kills the harmful bacteria present in it. And the same is followed by the new packed pasteurized milk. According to the Professor of Food Cooperation of India, Saurabh Gupta: when we are boiling the milk at such a high temperature we are increasing its long-lasting quality but further boiling decreases its life to stay for a longer period.

Even founder of food safety helpline.com, Dr. Saurabh Arora said that there is no need of boiling the pasteurized milk as they are microbe free. And if we boil it again at home it will lose its nutritive value. Because when it is done at the industrial level, it is known as flash pasteurization which decreases the decay level of the milk and maintains the quality of it for a longer period.

There are two reasons for this fallacy for boiling the packed pasteurized milk are:

• First, they are packed in plastics hence it is not good to consume it directly.
• And the second one is if you boil the milk it increases its life and let it stay for longer duration.

Also read:Here Is Why Rice Is Good For Your Health

But these are all misconceptions because a pasteurized milk can be stored for a longer time for at least 7 days at 4 Degree Celsius. And if you keep on boiling it, again and again, this will lessen its time period to stay fresh and decrease the nutritive value.

So, it is best to not boil the pasteurized milk and consume it without boiling it to gain more nutrients and benefits of it.