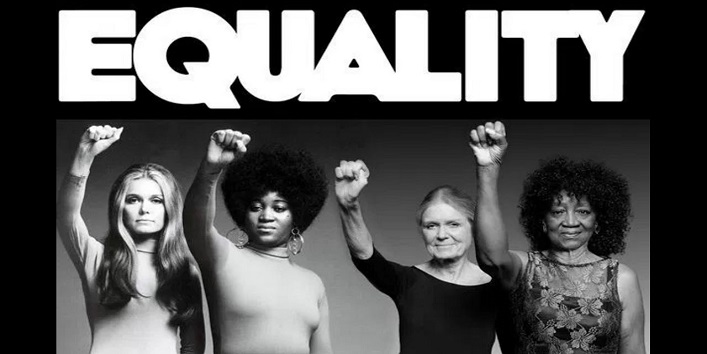 6 Times You Misunderstand The Meaning Of A True Feminist

Feminist is someone many people usually misunderstand or misinterpret the real meaning behind it. A few people think it’s for superiority and others think it’s against for men’s rights. But NO, we never fight for superiority. We are just fighting for equality. We want that women have an equal right as men have. We don’t want men to claim any sort of right over women’s lives. When it’s our life why anyone comes and tells us what to do or what not to do.

Feminist doesn’t support any crime against men but it doesn’t mean men can do anything with women. We are also human beings and we also have dreams. Why do people always come up with their unwanted suggestions or a set of instructions that just because you are a woman so you can’t do this?

When we hear a word “feminism” most of the people start thinking that it’s mean we are against men or manhood. But that’s not true at all. We just want an equal right that men have. Feminism does not sport to hate men at all. They just simply stand for female’s rights.

2- All women are same Few people think that Feminist doesn’t support those women who wear makeup or who love pink. But it is not true at all. We are not saying that do not do this or that, we are just supporting women to live their lives as their own way. No one can interrupt them to do something. We support each woman and stand with her for her rights.

Because feminists stand for women rights, doesn’t mean they force someone to stand with them. We just support people to live their lives on their own rules and conditions. We don’t interfere people in their lives.

4- We fight for equality not superiority Yes, feminism stands for one thing called equality. Some people think we fight for superiority, we stand against men but this is not true. We fight for our rights and we fight for equality. No, we are not what you think about us when we meet our GIRLFRIENDS, it’s something that nobody can’t explain, yes, we hug, we kiss, we adore each other, but we are not LESBIANS.

As all boys meet and shake hands and have casual and sometimes sound conversations, similarly we also meet in our style.

Some think that we support crime against men. No, it is not true. We stand against crime against women we support women for their rights but do not give any such rights to women to hurt men. We stand only for victims. We are not going to tell someone to go and hurt men.