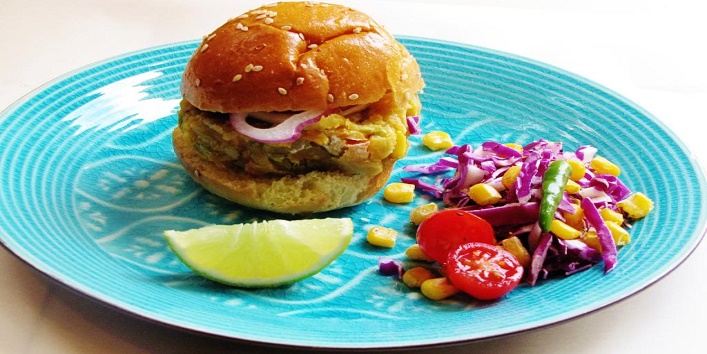 Pav Bhaji is an easy yet sumptuous snack. But the kids these days prefer Burger. What if I say we can combine the Pav Bhaji and burger in the same snack? In this post, you learn to prepare an improvised burger-cum-pav Bhaji recipe. In this dish, the hand-sized burger buns are stuffed with the Bhaji. You can serve this mouth-watering snack as a starter or a kitty party snack. Note down the ingredients and recipe for making the Pav Bhaji Burgers.

How to Make Pav Bhaji Burgers? Also Read: 8 Mouth-Watering Maggi Dishes That Will Take You Straight to Your Childhood!