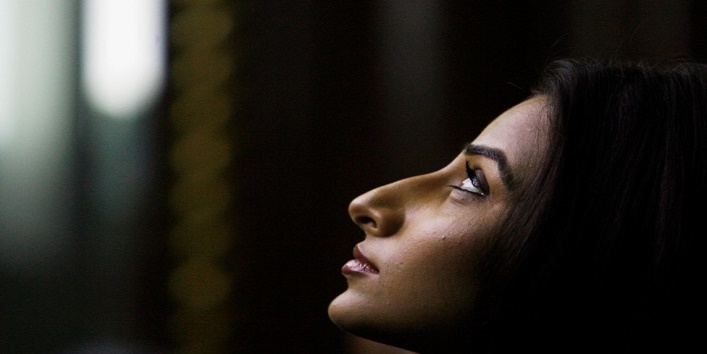 I think fitness is more important, Who decides what is desirable?: Vidya Balan

Going for an interview without makeup is an act of bravery for an actress. how often do you see any actress sans makeup in her movies or events? But the Dirty Picture actress won our hearts by opting to go sans makeup for a photoshoot at her Juhu Bungalow. The actress has been a witness to abrupt highs and lows in her career. She has always been bullied and body shamed for her plus-sized body while her younger competitors had stick thin body. If talking about worse here, Vidya Balan has also been bullied for her fashion sense. But her candid ways to deal with her work, personal life and her fans has always won our hearts. Nobody can get Kahaani out of his mind and the sans makeup avatar of Vidya Balan. With this movie, Vidya Balan marked the beginning of new era in Bollywood, where the actress was not assigned as a mere decorative object. She made the movie Blockbuster single-handedly. That tells a lot about the woman behind the actress. Her Paa, Ishqiya, No One Killed Jessica, The Dirty Picture and Kahaani defined the different sect of Indian Cinema where a woman alone made the equal money at the box office.

It really breaks our heart to know that Vidya Balan is the most body-shamed actress in Bollywood. In her interview she speaks candidly about what body shaming did to her. “There was a time I used to take these negative criticisms very seriously. I was killing myself over losing weight. I would work out like crazy, starve myself and go on all kinds of weird diets,” she says. “Yes, I would lose some weight but all that starving would leave me feeling very unhappy and drained. Worse, eventually I would regain that weight and that would make me more miserable. It had become a vicious cycle. Slowly, I realised that there is a body structure that I can’t fight, and I better embrace it. I began to feel comfortable in my weight. Today I do not consider it a ‘weight problem’. I think fitness is more important. Who decides what is desirable? We have begun to pigeonhole beauty, sexuality and desirability.” In Dirty Picture, Vidya Balan had to gain 12-kgs of weight to look like Silk Smitha. Imagine how hard it had been for a woman who’s already struggling with her body weight. But surprisingly that single movie brought an end to her life-long struggle with her body weight. Today, Vidya Balan inspires many plus-sized women who are suffering from low self-esteem. She believes that sensuality and desirability of a woman can’t be confined within her body weight. A woman is much more than the two-digit numbers assigned to her body. She didn’t refrain from talking about her back to back flops as well. she admits that at first, she thought that her marriage had taken a toll on her career. But then she quotes this, “But then I looked around and saw so many married actresses doing so well and I realised it had nothing to do with my marital status. It had to do with the films,” she says. “Look at Kareena (Kapoor). She is a good actress and although she is married, her movies are doing well. Even if you look at women whose calling card is not acting, but sheer glamour, marriage hardly dents their appeal. Look at Malaika (Arora Khan). She has a kid but has that changed anything? She looks as sexy as she did in Chaiyya chaiyya. I think people look at you the way you look at yourself. I think the problem is that once we get married, we stop taking care of ourselves.” Vidya Balan stole our hearts many times and set a perfect example for the Indian girls who fall prey to negative body image. Love yourself ladies. People will find you attractive as long as you find yourself desirable. It’s all about your perception.