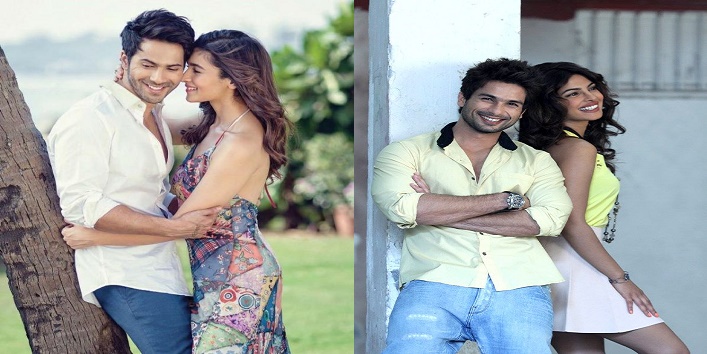 We all love Bollywood and there are many on-screen couples whom we adore. A lot of rumours came about these on-screens couples but soon all faded with the time and there is very less hope that we are going to see them on-screen again.

Here is the list of on-screen couples who are not going to act together again: The duo has given three super hits together and according to rumors, they don’t want to work together anymore. This couple is known as this generation’s version of SRK and Kajol. It was also reported that their mentor Karan Johar has suggested them to stay away from each other to keep the on-screen spark alive. A few years back there was news the duo was getting married but Abhishek’s mom Jaya didn’t give approval to their relationship and their marriage was on hold and even their collaborations together. This amazing couple has acted together in many movies but Bunty and Bubbly was a huge hit. Their relationship started back in 2009 when the duo was shooting for the movie Kite. Later, when Kangana was offered Krrish she rejected it. And recently she also revealed a lot of secrets related to their relationship which exactly means that there is no hope of seeing them again back on-screen again. They were known as the blockbuster pair between 2006 -2010. They had such an amazing chemistry that people used to come up with every possible gossip. During that, they were always seen together from promotions to award function. But everything came to a full stop and then last collaborated in the movie Tees Maar Khan in the year 2010. They were known as the most adorable couple of Bollywood. They first acted together in the movie Kaminey. Soon, after which rumours came out that they are in a relationship. They also made a comeback with Teri Meri Kahaani and their relationship ended right after the release. Their chemistry was most loved by the audience but soon after giving blockbusters their chemistry faded with the time but their off-screens status was not affected by this. They had a steady relationship for a year but they broke up because of undisclosed reasons.