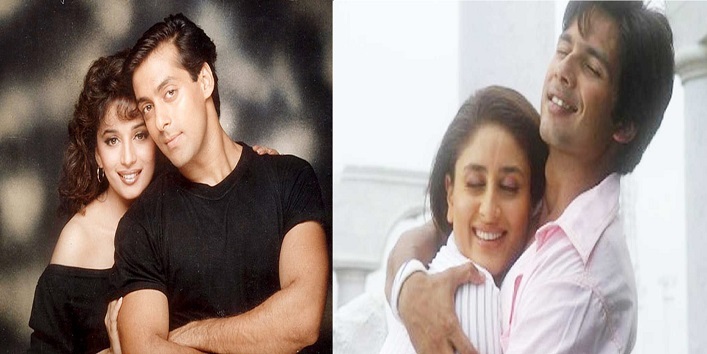 Top 10 On Screen Couples In Bollywood

Bollywood is known for the on-screen chemistry of actors and actresses. Some of these Jodis rock the screen with their awesome chemistry and people start enjoying their performances together.

Few on-screen couples create history as people started considering them as the perfect partner for each other like Simran and Rahul of “Dilwale Dulhaniya Le Jayenge”.

In this post, we will discuss those couples and how did they create magic with their chemistry on big screen.

Also read: 6 B-Town Stepmoms Who Share A Beautiful Bond With Their Stepchildren The Rahul and Simran of Bollywood, who doesn’t adore this on screen couple. They rock the screen every time they come together and create magic. Hrithik and Aishwarya sizzled the screen with their memorable role in Jodha Akhbar movie.

They were rumored to have an affair in real life. In many movies, they came together like Chaudhvin Ka Chand, Sahib Bibi Aur Ghulam etc. and people adored them together. When Aamir Khan and Juhi come together on screen in 1998, in the movie “Qayamat Se Qayamat Tak, they just made their characters immemorable and we remember those roles fondly. There are rumors that they loved each other, we don’t know the truth! But they looked awesome together whenever they come together on screen. Oops! How can you forget “Hum Aapke Hain Koun!”. They made a history with their chemistry in this film. Although in real life they were love birds earlier, but their Jodi was not as successful as it is on screen, they entertained us every time they came together on screen. Aahaa! The real-life Jodi also rocks on screen as well with their awesome chemistry. Shahid and Kareena created amazing magic on big screen when they came together in “Jab We Mat”.