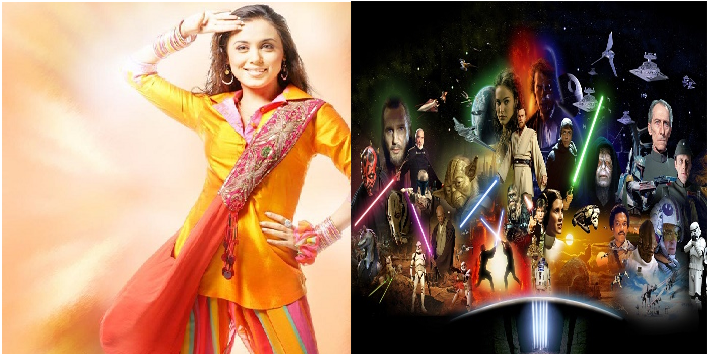 Most of us are so inspired by the movies and pop culture that we often end up imitating that character or a trend in our real life. People are so quick that they don’t leave any opportunity to try the recently emerged rage for a perfect Instagram stories or other opportunities to show off these on-screen looks. Sometimes, these imitating acts end up with a negative impact on reality.

Also read: 7 Creative And Strange Promotions Bollywood Actors Did For Their Movies

Here are some unusual and amazing trends that came in view from recent movies:

This trend was a great buzz in media. Around the time of release, many imitators tried to copy Aamir’s Ghajini look especially the hairstyle. And for the promotion of the movie Aamir even made employees of PVR cinemas to trim their hair. Also read: 10 Celebrity Couples Who Set The Screens On Fire With Their Amazing Chemistry

Post release of Bunty Aur Babli the tailor’s shops were flooded with a request to stitch a suit just like Rani Mukherjee wore in the movie. This look was quite a famous one with salwar and collared short kurta. This trend took a long time to die but still, we can see some impact of it. Do you guys remember the classic look of Salman wearing sunglasses in reverse on the shirt collar? After the release, we spotted many people opting for this look and it was a big trend during and after the release. As we all know guys love to imitate Sallu Bhai’s looks.

Also read: 5 Bollywood Celebs Who Faced An Awkward Situation Because Of Their Family

This one is the most famous trend till now the Gal Gadot’s Wonder Woman look where she carries her sword by hiding it in her gown. After the release of the movie, Instagram feeds were flooded with many women try out this look and posting their picture with a hashtag #WWGotYourBack.

Even kids started to imitate this look and even converted this hashtag into a challenge.