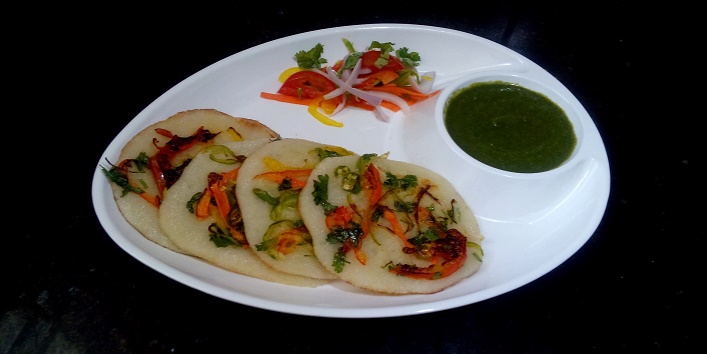 Cheelas are the Indian version of the pancakes. But unlike pancakes which are usually sweet in taste cheelas are savoury. Cheelas are usually made with gram flour (besan), oats, ground lentils, etc. but today we are going to share with you the recipe of rawa/sooji (semolina) cheela. It is more of a breakfast recipe and to make it, even more, filling we have added some vegetables to the recipe as well. You can add any vegetables you like. So without any further blabbering let’s get straight into the recipe.