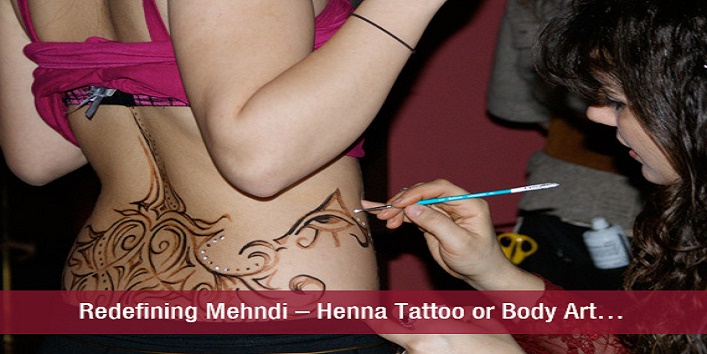 Ok…… so lets introduce to you our special wing on Mehndi.

I was looking for what wikipedia says about mehndi because… I thought may be, the site might have some scientific about it that I would like to know!! but… well there is nothing but the history in which you can trace the use of henna ever since the Vedic days!!

Interestingly Wikipedia also says, that in about 700 AD henna was introduced to India through Egypt where the plant is used for various purposes since 5000 years!! Halleeww… contradiction!!

Then it goes on to say that the Arab World has been using henna for dying hair, animal fur, leather and nails and skin and it has been a symbol of positivity sine die!!

However, what I was looking for was a dramatic description henna as a naturally occurring paste in plastic cone!!! seriously folks… that’s how they describe it 😛 …. you can definitely check it out for yourself!!

Ok no more sarcasm… let me tell you want exactly henna or mehndi is… its a plant with tiny leaves as bid as the leaves of a rose plant!! these leaves have this property of leaving a reddish orange pigment which is used as a dye clothes, hair and skin. Mostly it is used for making floral or geometric patterns on the skin in Asia specially the Muslim communities!! The westerners lovingly call it a temporary henna tattoo (on the skin… obviously!)

..she has used studs… and WOW they glitter… eeeesh!!

In fact let me tell you what… they have made quite innovative use of henna…because, until the 1990s, henna was a traditional ritual used only on feet and hands and arms… never for back, tummy, and other such areas…. it is now a very important part of body art!!! Let me show you some of the more amazing illustrations of henna used on the body…. You cant miss out this one… go a bit quirky…ahha?? About to bring a baby to the world….! This too is a pretty one…. What I like about this designs is the merging of a permanent ink tattoo with this lasting henna one… interesting no??

Check this too… isn’t it pretty??

By the Way, all these illustrations are compiled from various sources… I have provided the source links for a track back!

I am pretty inspired… what do you say…. do tell me if there is something you want to add.. or show me a pic of your henna tattoo… comment box is awaiting… 🙂