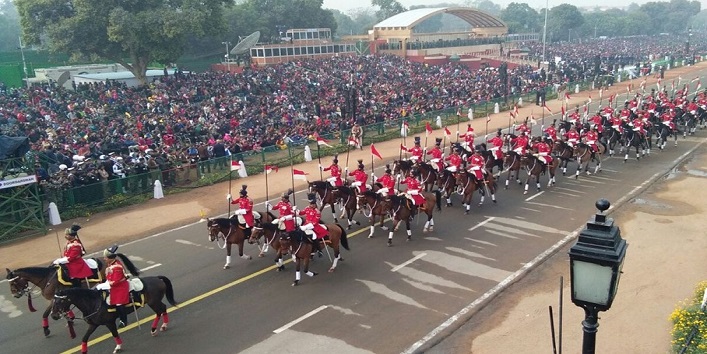 Republic Day 2018: Here’s What You Need to Check out This Year

This year we will be celebrating 69th Republic Day on 26th January 2018. Like every year the celebration will be held in the national capital, New Delhi at Rajpath. And on this day, ceremonious parades are performed to honor India and its rich culture and diversity.

Unlike, the last few years this year’s celebration chief guests list include ten ASEAN leaders who have been invited to grace the event. And for the very first time, an all-women biker contingent will wrap the ceremonial parade, which is definitely the main attraction of the celebration.

Now, when we are talking about the parade how can we forget the beautiful tableau (jhankis) that have always depicted the rich heritage of India and economic and social progress in the various critical structures.And this year, besides the floats of the 14 states, 9 ministries, and union territories this year’s celebration will include tableau celebrating 25 years of India as an ASEAN member and there will be two floats that will present the achievements of the various ASEAN countries.

And the states that have made it to this year’s ceremony include the floats of Gujarat, Himachal Pradesh, Madhya Pradesh, Jammu Kashmir, Karnataka, Kerala, Punjab, Tripura, Chattisgarh, Maharashtra, Uttarakhand, Assam, and Manipur along with Lakshadweep.

Here is a glimpse of few tableau that will be showcased during the parade: And in last wishing you all Happy Republic Day and if you are going miss out the live parade fun then don’t forget to tune in DoorDarshan to watch the live telecast of the parade.