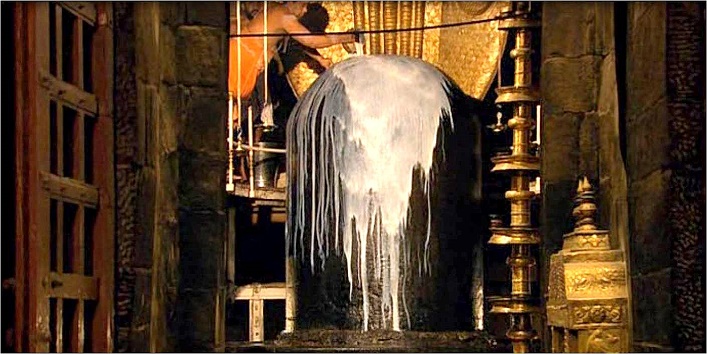 Scientific Reason: Why Do We Offer Milk to Shiva Linga?

All of our traditions and customs have some scientific facts associated with it. We usually don’t come to know about them because we’re not educated about them. During the monsoons (Sawan), you must have seen people offering gallons of milk on the Lingam of Lord Shiva. People do this with a notion that Lord Shiva will get impressed by them and show them the path of progress. But during the month of august, why people offer milk to Shiva Linga? Today we’re going to raise curtains from this secret. Lord Shiva is the only Hindu God who’s offered milk as a prayer. It is said that Lord Shiva can drink even the venomous milk for the welfare of his creation. Lord Shiva is the Destroyer, and he consumes everything which can be fatal for our existence. Even if it is a venom. During old times, people used to believe that milk turns into venom on the onset of monsoons. So they offer that milk to Shiva Linga. In fact, they themselves used to condemn the consumption of milk completely so that they can protect themselves from diseases. If you dive deeper into Ayurveda, you will see that during monsoons it is prohibited to use dairy products. This is the time when the rheumatic diseases flourish at their fullest. Due to an imbalance in Vatta, Pitta and Kapha, we become prone to diseases. As the season transitions from Summers to Winters during the monsoons, the levels of Vatta in our body rises. This is the reason why our ancient scriptures tell us to offer milk to Lord Shiva during the months of Monsoons. During this season, the cattle eats many insects and bacteria along with the grass. So the milk supplied by these cattle are not fit for our consumption. Offering this venomous milk to Lord Shiva is just a way to protect ourselves from deadly diseases during monsoons.