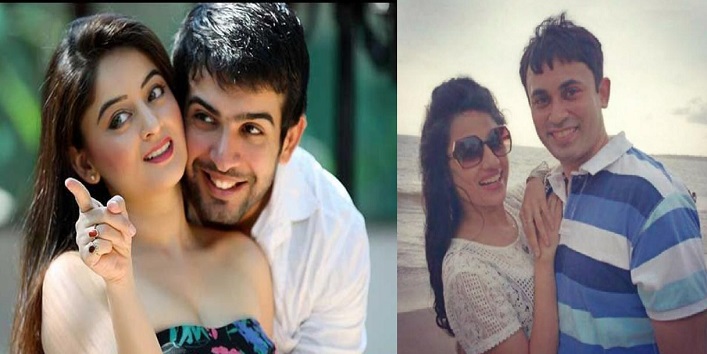 There are many Indian TV celebs who want to keep their personal life private, especially when it is related to their relationship and marital matters. Some of them reveal about their marriage after years, and some announce their engagement but don’t reveal anything about their wedding date.

But do you guys know, there are many famous TV celebs who got hitched secretly without revealing it to the public?

Also Read: TELLY SCOOP: 5 TV Celebrities Who Have Gone Through A Bad Relationship

Here is the list of well- know TV celebs who married secretly:

Rajat Tokas an actor who is very famous for his character as Akbar in Jodha Akbar and currently playing the role Chandra in Chandra Nandini. This TV celeb married his girlfriend, Shrishti Nayyar secretly on January 30, 2015.

Jai Bhanushali and Mahi Vij were never afraid to accept their relationship in front of media.But whenever the question came about their marriage they used to wave off questions by saying that they have work commitments and there are no such plans of marriage. This secret marriage was revealed when Mahi during a friend’s wedding wore her mangal sutra which cleared all the confusion. Later on, the duo accepted that they were married.

Also Read: Know More About Your Favourite VJs And Their Real-Life Partners

This TV celeb got famous from his role in the serial Sasural Genda Phool. You guessed it right we are talking about Jay Soni. He got married to Pooja Shah on 18 February 2014. There were no rumors about his marriage and affair. Later on, it was revealed it was an arranged marriage.

This TV celeb played the role of Vansh in the popular serial Uttaran. Rohit was married to his childhood love, Neha but never revealed about his marriage in media.But when it was revealed he also revealed that he has a son.

Krushna is a TV celeb who is known for his comic timing in Indian television. He was in a live-in relationship with Kashmera Shah for nine years. And the duo got married during a vacation in Las Vegas in 2013. But their marriage was hidden from everyone and in 2015 the duo revealed that they are married.

Paridhi played the role of Jodha in Jodha Akbar and she is also one of those TV celebs who kept their marriage a secret. She got married to Tanmai Saxena two years back but remained quiet about because her producer and director asked her to not reveal about her personal life.