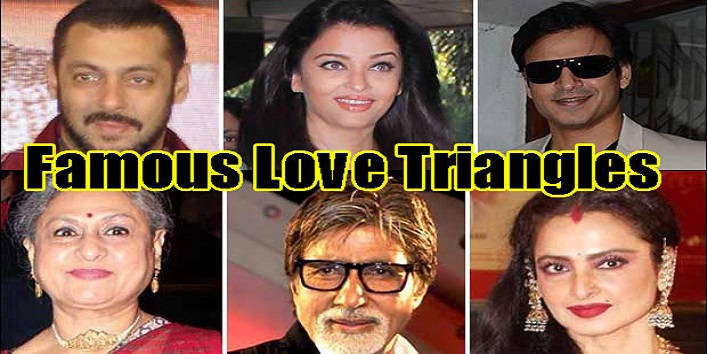 Bollywood industry has seen many ups and downs since beginning, and some beautiful love stories and love triangles too have happened. Few couples stick on together and others broke up on an ugly note. But whatever happens it is still creating magic and resides in everyone’s hearts. So, here in this article we have listed some controversial love triangles of Bollywood till now. Everyone in tinsel town knows about this famous and controversial affair of Amitabh Bachchan and Rekha. Their story started from the sets of Do Anjaane. At that time, Amitabh was already married to Jaya Bachchan and a rumour broke that he secretly married to Rekha. This buzz got fire when Rekha attended Rishi and Neetu’s wedding in the avatar of a married women. Shilpa and Akshay’s love story started on the sets of Main Khiladi Tu Anari. It was said that Shilpa was deeply and madly in love with him. Later, a news came out that he was two-timing and was dating her best friend Twinkle. After this revelation, they broke up and Akshay got married to Twinkle. Salman and Ash were very much in love while shooting for the movie Hum Dil De Chuke Sanam. But, everything messed up when Salman was accused of abusing Ash mentally and physically. Soon after their breakup, Ash found comfort in the company of Vivek Oberoi. But their relationship didn’t last long. We all know this fact how madly Shahid and Kareena were in love once. But soon after the shoot of Jab We Met the duo decided to part their ways. After their breakup rumours came that Kareena is spending more time with Saif while shooting for the movie Tashan. And soon the duo becomes talk of the town. Ranbir and Deepika were in a relationship for two years. In the year 2008, Ranbir and Katrina worked together for the movie Ajab Prem Ki Gazab Kahani and came closer. And after the movie shoot, Ranbir decided to part ways with Deepika. Within a few days of a breakup, Katrina and Ranbir were the top headlines of tinsel town. Kangana was struggling in Bollywood when she was in a relationship with twenty years older Aditya Pancholi. At that time Aditya was married to Zarina Wahab and was a father too. But soon, news broke about the physical abuse and the duo parted their ways.