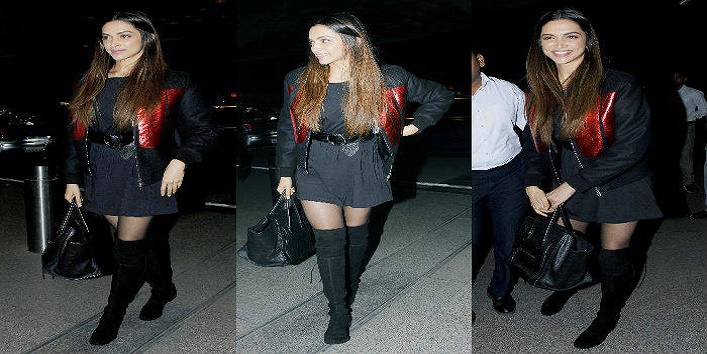 It’s been ages since we last used those fancy and funky looking belts which were 90s decade’s main attraction. Kids or teenagers from that era would definitely be aware of their passion and obsession for belts. They not only flaunt your style but were of great help to keep your pants in place and fashion figures used then to pop out that hourglass figure effortlessly.

So, when the world moved forward for the sake of body positivity, we threw those trendy belts away and celebrated womanhood in all sizes. But, lately, designers and fashionistas all around the world have made these shaping beauties comeback in the latest trend of 2017.

Celebrities are the best source of displaying what’s in and what’s out of fashion trends, so our Bollywood Divas have flawlessly displayed their fashion senses, in a new avatar. Utilizing 90s accessories with a style statement of 2017, these beautiful celebrity actresses has once again proved that any style never goes out of trend. It always keeps coming back time and again!

It’s that of the year ladies, where you give your wardrobe a new look and fresh change with these amazing belts which you can pair with almost anything and everything. From graceful, slim fabric strips, to bumpy and peppered shards of leather, belts have made a gigantic comeback!

It’s amazing how a simple accessory or a statement belt to be specific, transforms a mundane outfit into something peppy in a matter of seconds. Just like an icing on the cake, belts are like another statement jewelry that you must own and style in to look Also read: 5 Things Actresses Do Before Stepping Out of Their House