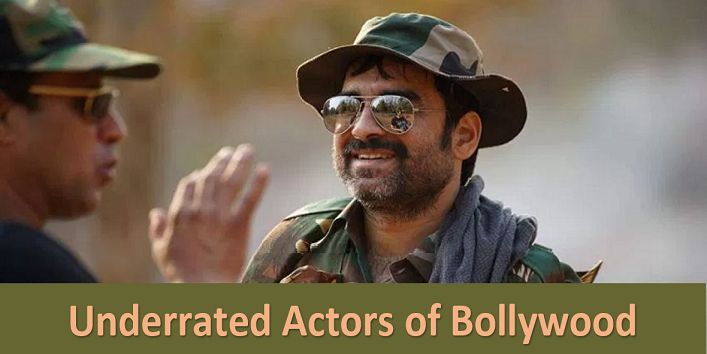 Most of us think that a successful movie is all the famous star cast. But, lately, it was seen that audiences are also accepting the new talents. Movies which are low on a budget are also doing well on the basis of their storyline. While Bollywood fandoms still wish to see the familiar faces, we have listed some underrated actors of Bollywood who have added a spark to some of the Bollywood movies and we wish to see them on silver screen playing a lead role. He is an actor who is best known for his comic timing which only legends can pull off so effortlessly. Still, this amazing actor didn’t get many chances in Bollywood to prove his skills. Despite, of this fact, he showcased his superb performance in the movie, Raghu Romeo as a lead which also made them win a National award. We have seen this super-talented actor mainly in the side roles.Still, one cannot deny this fact that this actor has added a punch to the movies. For instance, Tanu Weds Manu. So, we are really hoping to see him in the main role where can blow up our minds with his acting skills. Best known for his role as an antagonist in Neerja.This actor is considered one of the most skilled and well-nuanced performer. Still, Bollywood typecast him in the same grey roles which are limiting his scope and talent. She is a little known actress but if you look at her journey in Bollywood you will find that she has always graced the silver screen with her amazing performance like in Margarita With a Straw. So, we can just hope to see more of her. This theatre actor is best known for playing versatile roles with an ease. From a canteen owner turned manager in Rockstar to a government official in the movie Airlift, Kumud Mishra is that kind of actor you can easily steal the spotlight with his performance. He is an actor who has delivered some amazing performances in the movies, Gangs of Wasseypur and Masaan and is still counted in the list of underrated actors. We wish that Bollywood one day would notice the potential of this brilliant actor and will cast him in the lead role.

So, these were the few underrated actors of Bollywood who deserve more limelight.